BlogMusicGuitarHow to Play Jazz on the Guitar

The oldest guitar-shaped instrument is over 3,500 years old! While jazz music is much newer than that, it’s still got a rich and diverse history.

While often considered elitist in comparison to styles like bossa nova or flamenco, this is mainly because jazz music is difficult for beginners to play but once you start listening to it and playing it, you'll see just how enjoyable it can be.

Learning jazz guitar in order to play jazz blues, Gypsy jazz, or jazz-rock is an impressive feat. Not just anyone can become a jazz guitarist. You need to know how to play the guitar and then put a lot of effort in to come anywhere close to the great jazz guitarists like George Benson, Pat Martino, Kenny Burrell, or Mike Stern.

In this article, we're going to look at what gives jazz tunes their distinctive sound and feel, what chord progression you should use, and how jazz guitar lessons can help you the next time you have to play a solo. 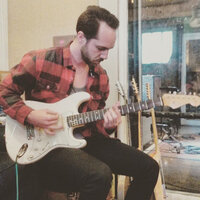 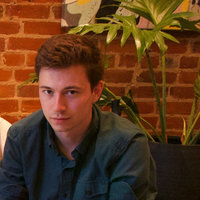 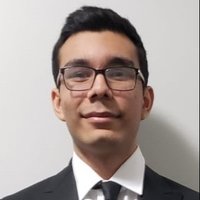 How Do You Make a Jazz Guitar Sound?

Jazz has a warm, soft, and round sound. To get this, you need to start with a jazz guitar.

Forget about a classical guitar or a folk guitar and look for an electric guitar with a big soundbox. These are also known as hollow bodies or archtops. Of course, these come at a price as these instruments are designed with almost solely jazz in mind.

The strings play an important role in producing a jazzy tone. In jazz music, the strings are very slack because they’re hit hard. Opt for flatwound strings for a warmer sound.

The pick or plectrum also plays an important role in creating that jazz sound. You need to get a really hard plectrum. In fact, some musicians even opt for wooden or horn plectrums. Choose one that’s slightly bevelled to avoid a harsh sound. To get a jazz sound, the best way is to listen, listen, and listen again to jazz music to get an idea of the rich culture of the music.

Swing is one of the foundations of jazz music!

What is it exactly?

Swing (or shuffle in blues music) is a way of playing whereby the second quaver of each pair of quavers is played late. The quavers are played like a triplet. In jazz, you can play in a ternary rhythm instead of a binary rhythm if you want.

I recommend listening to jazz rhythms on the drums to get a better understanding of how to play jazz guitar. While the drums are often found at the back of the stage, the drummer actually plays the lead role in jazz music.

There are different ways you can swing. For example, you can vary your swing during a song. You needn’t always play that second quaver in the same way. To get the hang of swing, you need to be laid back. You need to voluntarily play offbeat. However, you mustn’t do it all the time. You still need to play to the beat every so often.

This technique is better with slow and simple songs. Just keep in mind that with jazz music, it’s better to be late than early. Train your ear to understand this nuanced technique and replicate it. Finally, work on jazz phrasing which can be really difficult for guitarists.

Take guitar lessons near me here.

Discern the difference between chord progression in jazz an when playing hard rock or heavy metal guitar...

One thing’s for sure, while the deep fifth plays an essential role in rock, blues, and pop music, it has no place in jazz music. With its powerful sound, it doesn’t really mesh well with jazz’s round and warm sound. However, it can be played on the higher notes.

While this rule is often broken, it’s better to leave the low fifth harmonies to one side for now. Jazz chords are usually enriched chords as they provide colour. 7th chords are very common in jazz music. These are the first ones you’ll learn, be them major or minor.

You’ll find the same chords popping up again and again in popular jazz music. You can have fun with the jazz classics and start creating your own pieces easily. Jazz music often uses evolutions of a series of common chords. It’ll be much easier learning new chords once you’ve got the hang of the basics.

When you see chord diagrams, they show you the fingerboard vertically. The lowest string is at the left. The frets are represented by boxes and circles represent where you should place your fingers. 1 represents your index finger and 4 represents your pinky. If there’s a cross on the string, it means you won’t play it.

Rock tends to use minor pentatonic scales whereas the best jazz opts for the melodic minor scale. There are plenty of minor scales but the minor melodic scale is the most commonly used for jazz solos.

There are 7 notes in the scale and you don’t need to avoid any of them, unlike the major scale in which you should avoid fourths. It’s played on jazz’s iconic cadence: the II V I. This corresponds to C major, D minor 7 (II), G major 7 (V), C major 7 (I).

To better understand this minor melodic scale, it’s recommended you do a few exercises:

All these notes will produce a jazz feel to your music, getting you one step closer to that jazz style.

How different is jazz guitar from playing rock or folk music on the guitar?

What would jazz be without improvisation?

Not much! Jazz music is built upon a musician’s ability to improvise. This is what makes mastering the style so difficult.

One thing’s for sure: if you want to become a jazz guitarist, you’re going to have to master it. Jazz isn’t an easy style for beginners to understand.

In order to play jazz, you have to have a deep understanding of jazz music. Furthermore, improvisation is the foundation of jazz. In order to improvise, you need to be fully versed in chords, scales, arpeggios, and harmonies. You can’t improvise with just a few notes as your improvisation will be terrible.

Why not start by playing intervals?

The interval is the distance between two notes:

Once you go beyond the octave, you end up with double intervals. Intervals are useful for a number of things:

And the, the next step would be to write your own guitar compositions...

Becoming a jazz musician is quite the challenge. It’s hugely important that you learn the lingo in order to improve your guitar playing, understand music theory and how a melody works, and create a composition.

We've also included glossaries and explanations of vocabulary in our other articles on guitar resources and learning how to play the guitar, so make sure that you also check them out!

This is the part at the far end of the fingerboard on the head of the guitar. This is one of the two points over, along with the bridge, where the guitar strings are suspended and make contact with the guitar.

This is the part of the guitar that receives the vibrations from the bridge and amplifies them.

Now discover more music genres you could play on your guitar...