Learn to Sew: a Brief History of Sewing Lessons How did the practice of sewing get its start?

How did it evolve into the multi-billion dollar fashion industry we all know of today?

For our next speculation, we must outline the following fact:

To clothe oneself is a necessary aspect of human life.

If that is indeed the truth, why do clothing prices range from a few pounds for a serviceable, off-the-rack garment to evening attire and business wear that costs more than a month's wages for some?

Why are events that showcase talent in clothing design so heavily attended?

How did we get from draping ourselves in animal pelts to scantily clad Victoria's Secret models parading on the fashion runway?

Would you believe us if we said that high fashion and the Titanic are intimately related?

Let Superprof now draw back the curtains of time, take you back to that first stitch, to see how it grew into the sewing culture we know today.

Discover also how to sew from our sewing tutorials... 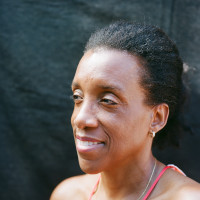 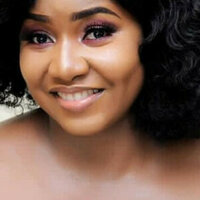 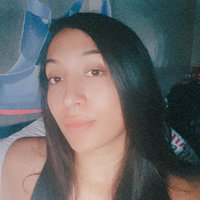 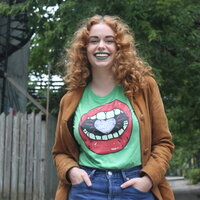 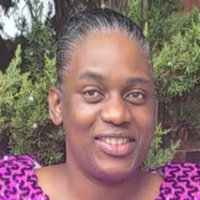 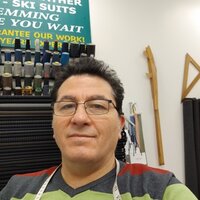 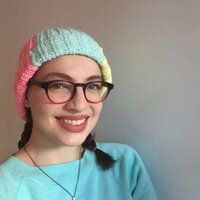 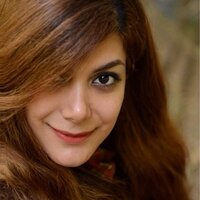 Basic Sewing: How it All Began

At the dawn of man's appearance on the world stage, clothing was primarily for protection.

Beautiful clothes, sophisticated pleats and decorative embroidery; fashion shows and high fashion itself became a part of high society living only toward the end of the 19th century.

And it was all because of an Englishman named Charles Frederick Worth.

Impoverished in childhood, he was apprenticed to Swan & Edgar in Piccadilly at age 12, after an unsatisfying tenure at a print shop.

He moved to Paris when he was twenty one and, even though he spoke no French, found employment at a fabric store that sold their goods primarily to the royal court dressmakers.

Annoyed by the mediocre quality of dresses sold in complement to fine shawls and cashmere scarves the store stocked, he started sewing his own designs, which caught the eyes of the well-positioned clientèle that frequented said mercantile establishment.

The rest, as they say, is history.

His fine stitching and expert tailoring won him entrance into the world of dressmaking.

Today, Mr. Worth is revered as the father of haute couture.

Thanks to him, Paris became the world's center for fashion.

Especially after 1868, when the Trade Association for High Fashion was established in that city, many aspiring tailors and designers, even from other countries, set up shop in Paris.

Plenty of native French did so, too: Jacques Doucet, Mrs Paquin, the Callot Sisters and Paul Poiret among them.

Although Mr. Worth was the first to use live models to promote his designs, the credit for popularising the practice goes to another English native: Lady Duff-Gordon.

Working under the professional name Lucile, she was the first designer in the UK to gain international acclaim.

Lady Duff-Gordon is the originator of the mannequin parade, the precursor to the today's live fashion shows.

Quite apart from the fashion world, she is also known as one of the few Titanic survivors.

Aside from the fame and scandal garnered by the Titanic rumour, more and more designers jumped on the idea of live models displaying their creations.

The rumour in question is that that her husband allegedly bribed crew members in their lifeboat to not turn around and rescue more people.

It was Lady Duff-Gordon who trained the first catwalkers to adopt the haughty mien still expressed by models today.

The idea of using models to demonstrate how designed creations flow with the body's movement caught on, and soon, regular fashion shows were scheduled through the Trade Association's three branches.

Find out how a serger makes sewing more efficient!

Primitive man drew on natural resources, found in his environment, to clothe himself and create shelter.

Crude sewing techniques were born of the need to protect oneself: from the elements as well as more tangible threats.

Sewing needles were fashioned of bone or ivory, depending on the region the clan in question roamed.

Elemental thread was made by stretching animal guts and tendons.

Needless to say, nobody in the Paleolithic era hosted quilting bees.

Instead, greater means of self-protection were devised.

As our earliest ancestors designed more tools, they would find new ways to work hides: for building shelter and for foot coverings.

American Indians are notorious for their craftsmanship in that respect. The design for their traditional moccasins, deer hide sewn with thin strips of the leather, survive today.

Would you like to bet they would have loved to have had a rotary cutter for their fine, detailed work?

Meanwhile, in Africa, where protection from the elements was not such an urgent affair, occupants of the Cradle of Humanity used broad, sturdy leaves tied with vines to protect their feet.

However, as hunter gatherers, they were far more interested in fashioning baskets. This was done by interweaving various types of leaves and grasses together.

The earliest records of woven fabric – felt made of wool fibres, date back about six thousand years. Chinese silk goes back just about that far.

Depictions of clothing from Ancient Greece reveal that, while fabric was certainly dyed, it was not sewn.

The fashion of the day called for draping lengths of cloth; metal clasps were worn to hold things together. There were generally no seams or stitches of any type in any of those garments.

Over millenia, the process of producing fabric grew ever more refined until, around the Middle Ages, well-to-do citizens of Europe could treat themselves to tailored dresses, pants and shirts.

For the most part, the job of sewing these pieces was confined to women, who were labeled seamstresses.

The next big step in the evolution of sewing came from Barthélémy Thimonnier, the inventor of the sewing machine, in 1830.

A tailor himself, he married a woman whose embroidery designs earned her a living in her own right.

His machine, patented with the help of a mining engineer, permitted him to establish the world's first machine-based clothing factory.

It did not last long. Reports indicated that the workers themselves burned it down, out of fear that these machines – that could sew six times faster than hand sewing, would cost them their jobs.

A subsequent patent was issued to Mr. Thimonnier for an embroidery machine, ostensibly to make his wife's work easier.

The final historical step in sewing was taken by an American named Walter Hunt, the inventor of the lockstitch sewing machine: the same, efficient method used in machine sewing today.

Join the discussion: should the art of sewing be reserved exclusively to women?

Sewing Tools: Do You Have These in Your Sewing Kit?

Needle and thread does not a sewing kit make.

If such is the extent of your allowance to needlework, you may need a sewing tutorial or two.

A well-equipped sewing kit should include, at a minimum:

Going further: you might frequent the sewing notions counter to select an assortment of zippers and buttons, maybe some hooks and eyes, or other types of fasteners.

A chalk pencil or two would come in handy for tracing patterns and marking fabric. You could pick it up when you select your sewing patterns.

Elastic, velcro and bias tape should also be on your list.

You may be starting out with simple sewing projects, but as you learn more, the more sewing supplies you will need.

If you are intent on going beyond hand stitching; if you have already bought your first sewing machine – or your first serger, you may have to take a couple of sewing tutorials.

You might opt for sewing lessons online: install your computer right in your sewing room, so that you can practice the various manoeuvres as you are learning how to sew.

As you are taking these sewing courses, you may hear these basic sewing terms:

In short, here is the straight stitch on sewing basics:

Rather than picking up sewing tips from watching sewing videos, or reading sewing blogs or sewing books, it would be best to learn how to sew from somebody who is qualified to teach the craft.

You too can gain an entire lexicon of sewing terms!

In spite of the insouciant attitude evinced by catwalk models during Fashion Week, a great deal of work (and worry!) goes into realising those biannual displays.

And, what crowds they draw!

Not just spectators and buyers for retailers, but the models, the designers, the artistic creators - music arrangers, lighting engineers, set designers...

The seamstress, finishing those last few sewing stitches on a hem or neckline, even as the model saunters toward the runway, with the garment swirling around her, showing it off to its best advantage.

The prop master, checking the patchwork on purses or the appliqué on jackets – if that season's line calls for such.

The unsung dressmaker is, to great extent, responsible for our twice-yearly frolic into the tricks and technique of that multi-billion dollar industry.

We should take our hat off to that sewer, even as we expound on the fact that high fashion does not necessarily produce practical garments for everyday wear.

Fashion is not a particularly profitable enterprise.

While it is true that a dress or skirt – or a scarf may fetch several thousand pounds, few people have the means to buy them, meaning that all of the skill and passion invested in these shows yields proportionately little return.

And, after all of the confetti has been tossed and the champagne drunk, there remain bills to pay, including the wages of those that stitch the lofty threads together.

The machine driving this phenomenon, besides the economy, is recognition.

Fashion houses need to keep their label vital, visible and current; in touch with the times.

In fact, one could say that they create the times!

Fashion Week happens in three major European cities: Paris, Milan and London; and across the pond, in New York.

Their hype and embellishment seem to contrast sharply with any beginner sewing projects you might have undertaken out of fabric scraps from your grandmother's pattern making, doesn't it?

Tying the knot on this sewing introspective, we conclude:

Fashion, above all, is an art of change. - John Galliano

If such can be said of fashion, shouldn't that sentiment include plying the needle and learning to sew as a step in your personal evolution?

Discover how you can learn to sew from the masters of fashion!

Explore how to interface fabric.

Find out about French seams.