The Steps You Need to Start Teaching Latin in Canada BlogLatinStudying to Become a Latin Teacher in Canada

Latin is considered to be one of the oldest languages in the world. The first scripture was dated around 75 BC. Latin was a language for scholars and educators back in the day. In today’s world Latin is used for science, math, politics and law. Latin may have been the oldest language but it's still apart of our modern world. Latin truly is a neat language. Knowing Latin it sets you apart from others. It shows you have a love of history, culture or art. It shows you’ve spent the dedication and time learning a new language. Latin also gives you a better understanding of the English language. Latin focuses on the root or prefixes of words and it is a logical language. You have to carefully use pronouns. English can be sloppy in this case. You can get away with making errors and still get the same meaning.

Latin was a termed a dead language, but it is making a comeback Latin is becoming more popular around students and there’s been a demand for Latin teachers. If you’ve ever wanted to teach Latin now is the time. You don't have to be fluent in Latin. Perhaps you knew nothing about the Latin language. You can start making the necessary steps to understand Latin and then pursue a career in teaching Latin. 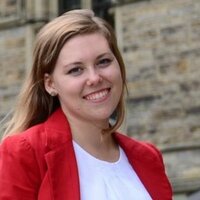 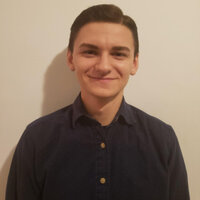 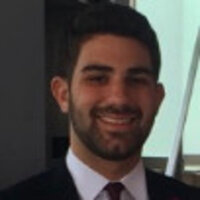 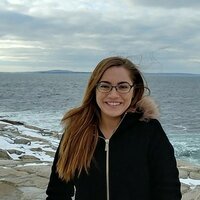 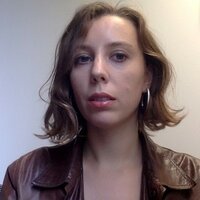 Benefits of Teaching Latin in Canada

We’ve always been told studying a second language is great for our careers. We can become better job candidates and we can get paid, but there's a lot of other benefits of studying Latin. It’s these benefits you can pass on to your students. You’ll have an impact on their lives. Having a positive impact on our careers is a great benefit to get started, but we'll list a few more down below.

Improve our English - Latin is very structured. It has organized grammar. It makes you reflect on your grammar and think about the words your writing or speaking in English. We tend to be sloppy with our English, especially if you were born speaking English you tend to be more relaxed with the rules. Studying Latin you’ll improve your own English.

Improves Cognitive Function - Latin is kind of like a math problem, at least it works your brain in the same way. Studying Latin will sharper your mind creating better attention detail and alertness. You’ll also develop better critical thinking and problem-solving skills all while studying Latin.

Improve other Languages - Having an understanding of Latin means you’ll have an easier time studying more languages like French, Spanish or Portuguese. These languages are the romantic languages and have steemed from Latin.

These 3 benefits are only just the beginning of studying Latin. You’ll be giving your students so many great benefits for their lives. You’ll truly have an impact on them. One great thing about becoming a Latin teacher is you’ll have the freedom to teach a class how you want. You’ll be able to run your class how you want too. If there has ever been a time when you wanted to do things differently, now is the time. You can be the teacher you always wanted to be and go to work every day loving what you do.

Schooling for Latin Teaching in Canada

The schooling for teaching is going to be different depending on where you want to teach Latin. If you're looking into teaching in schools you're going to need more than teaching privately. You’ll have the same goal of whether you teach in a school or privately but your education can be different. For schools, this will depend on your province's guidelines for teaching, but across Canada, you're going to need at least a bachelor's degree to pursue teaching. Your bachelor's degree should be for Latin. You want to make sure you're fully ready to teach Latin. Pursuing a bachelor's degree in Latin means you’re going to have the educational background for Latin history. It’ll make you an expert on the subject.

Here is a list of bachelor degree programs you can start looking into:

Latin programs fall under several departments such as Classical Studies, Ancient History, Humanities, or Historical Studies. A bachelor's degree is your first step in becoming a Latin teacher in schools. If you're looking to teach privately your schooling can look a lot differently. Taking a bachelor's degree program for teaching privately will still help you immensely. It will teach you the necessary information so you can be ready to teach your students. Teaching privately you would just need to know how to speak Latin.

Teaching Latin privately is a lot easier getting the education needed, but this is only because there are a lot fewer guidelines. Think about this though; if you did have a private teacher, like a tutor, would you want someone with an educational background or would you want someone with the bare minimum. You're going to take the person with a background in education. It’s greatly beneficial to start a degree program in Latin. It’ll give you the skills and knowledge to be better equipped to teach your students, Latin.

Studying the Latin language throughout your schooling is going to help assist you in your learning. You can gain a better understanding of the Latin language having both the communication and the historical aspects understood. Latin is an interesting language it can be hard for some and easier for others to learn. If you do have a background in French or Italian you may have an easier time learning. You going to have several ways to learn Latin. You can learn privately or find a Latin class near you and get started. You can even start with Superprof on your journey of learning Latin. They have 100s of qualified Latin tutors in Canada to get you started.

Numerous certification programs in Canada will show you have the requirements to understand Latin. Depending on the place you learn Latin at they’ll give you a certification at the end of your program stating you have an understanding of the language. If you want to take that one step further you can take a Latin proficiency test. This again will show you understand Latin. It’ll build your resume for teaching Latin.

Now is the time to start studying Latin to become a Latin teacher in Canada today. You could be a Latin teacher in as little as 4 years. You know the steps to get started to teach Latin. You can use this article as a guide and start. Teaching Latin will be a rewarding career. It’s not everyday someone can enrich the lives of there students, but you’ll be able too. You’ll be giving your students better opportunities by teaching them Latin.

The 4 years may seem like a long time for some. But 4 years is a very small time frame when you look into the future. In 4 years you could have a great career and a better outlook on life. Those 4 years are a small price to pay for those outcomes. Start studying to become a Latin teacher in Canada Today.