There is no denying that Americans tend to march to the beat of their own drummer, even as they emulate their European ancestors.

Well, not as far as the need to create art is concerned. In that respect, Americans, like their European ancestors, obey the very human drive to make beautiful things.

To be sure, during the Italian Renaissance – the time when painting and drawing evolved and eventually set the standards for European art in general, the Americas had been discovered but had not yet been colonised.

By the end of the European Renaissance, in approximately 1700, the French, Spanish and English were battling each other (and the native inhabitants) for the greatest and choicest plots of land in the New World.

Out of those conflicts arose a people uniquely opposed to mainstream ideas and conventions. Still today, Americans resist outside influence, inventing and establishing their own means of accomplishing just about anything.

It is that fierce independence that gave rise to a uniquely American style of painting, opening the doors for generations of artists to explore singular artistic expression.

Well, that and an optimal sense of timing... 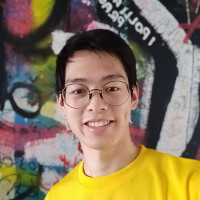 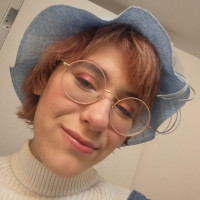 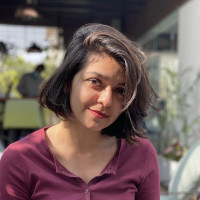 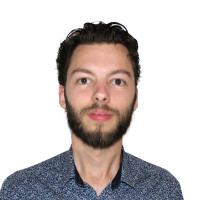 Who Was Helen Frankenthaler?

She was born into a family of good social standing in New York City in 1928 – the year before the Wall Street Crash that would plunge the country and the world into a profound economic depression.

Her father, a Supreme Court judge for New York State, ensured the family’s good reputation and upper-class wealth while her mother, recently emigrated from Germany, provided an aura of European class.

Helen was the youngest of three daughters, all of whom enjoyed a private school education and all of the benefits one can derive from belonging to a well-to-do family.

Paramount on the parents’ child-rearing ideas was preparing their offspring for professional life.

To that end, Helen finished her secondary education at the exclusive Dalton School and then continued her studies at the renown Bennington College in Vermont.

How Helen developed an interest in art is not clear; she might have been inspired by her sister, Gloria – a tapestry artist who worked closely with painters and other weavers.

What is well-documented is her reaction to Jackson Pollock’s work. She was 22 years old when she saw his brand of art for the first time; she said she ‘wanted to live in the land he created and learn its language.’

Pollock’s unique style of applying paint to canvas did not call for brushes, even when he was painting representational art - say, a still life or a self-portrait. He preferred to use palette knives, trowels and sticks.

Eventually, he graduated to ‘the drip method’, a technique in which he placed a large, unprimed canvas on the floor of his studio and dripped or splashed paint over it.

This method of abstract painting resonated with young Helen who, at that time, was making tentative inroads into the art world through her relationship with Clement Greenberg.

Inspired by Jackson Pollock, Helen placed her large, unprimed canvas on the floor of her studio.

However, rather than using the heavier oils or house paints that Pollock employed, she diluted her oil paint with turpentine and, once she achieved a satisfactory consistency, she carefully poured it onto the canvas.

Her dilution method had the effect of softening the colours and, because the canvas was not sealed with primer, it absorbed the tones and hues more readily – effectively achieving a fusion of canvas and colour.

The downside to this technique is that the oil in the paint caused the canvas to discolour; invariably, because of the unprotected canvases, her early works succumbed to rot. By the 1970s, Helen was no longer using the ‘soak-stain’ method she had pioneered.

She had graduated to thicker acrylic paints and bright, vivid colours reminiscent of Fauvist painters like Henri Matisse.

Frida Kahlo, another painter who loved vivid colours, also found her style through trial and error.

Timing was crucial for American painters to in taking centre-stage in western art.

Helen grew up during the Great Depression, a time when a large proportion of the global population was starving whether they were artists or not.

In Europe, shadows of the Great War and concerns of another brewing impacted every aspect of life and hit the artistic community especially hard; many European artists found refuge in the United States.

Europe’s drawing inexorably closer to another devastating contest of military might caused a vacuum in the art world which opened the door for American artists to take the lead in bringing about the next big art movement.

Art critics called this style abstract expressionism but that was not a new term or, necessarily, a new art movement; it was used to describe expressionism in Germany as far back as 1919.

And then, art historian Alfred Barr used it in a 1929 art review to describe paintings by Wassily Kandinsky.

What made it remarkable in the 1940s was the uniquely American spin of such works, which catapulted art produced in America to the epicentre of the western art world.

The painting and sculpture produced in the United States since the turn of the century and especially after the Second World War had an anarchic feel to it; it embraced and represented the American spirit of rebellion and, some might say, nihilism.

When thought of in those terms, Helen Frankenhalther (and other such artists) pouring paint on canvas – as opposed to standing in front of an easel, palette in hand and making measured brushstrokes, fits right in.

Helen’s ‘soak-stain’ method of painting and Pollock’s drip technique are described by a term that does little to relate them to any specific American painting movement.

Instead, it connects the physical interaction of the artist and her canvas; stopping just short of describing an assault on the pristine whiteness of it. One might envision an angry clash: paint flying, landing wherever it may...

Some call action painting avant-garde while others disdain the movement entirely, labelling it simplistic and contrived.

No matter what you might call it, these works continue to intrigue and awe whether they are on permanent display at the Museum of Modern Art in New York or on loan at the Tate or any other museum of art.

Still, for as big a splash as this expressionist movement made in art circles, not every American artist conformed. Georgia O’Keeffe, a female artist famous for painting giant flowers, became known as the ‘mother of modernism’

Analysis: How Does Helen Measure up?

What inspired her to become an artist is not known, although there is an assertion in certain circles that she had always wanted to be an artist.

Unlike Artemisia Gentileschi and countless other artists from Picasso to da Vinci, Helen’s father did not take her under his wing or especially prod her toward becoming an artist. Neither did her mother, as far as anyone can tell.

Equally unlike Mary Cassatt, who defied her father and bore the scorn of society at large and the art world in particular for having the temerity to want to paint; a woman who, for that craving, gave up marriage, children and financial security – all requisites for the females of her day, all because she felt she must paint or die...

Helen, by all accounts, made no such sacrifices and, while she lacked the mentoring of her father – only because he was not an artist himself, she did enjoy the guidance of several big names in the art world such as Ruffino Tamayo and Paul Feeley.

She also benefitted from the wisdom of art critic Clement Greenberg, with whom she had a long-term relationship. He was much older than she was and had cultivated deep ties within art circles by the time they met; it was he who ensured the inclusion of her work in the 1964 exhibition of Post-Painterly Abstraction.

Mary Cassatt would sooner have died than submit to the ‘sponsorship’ of a male to ensure her work would be seen!

Nevertheless, Helen made a name for herself and made a living from art. She experimented with more than one medium and mastered more than one form of artistic expression.

She pioneered novel uses of paint and, for a while, created an abstract world that invited people to plunge in head-first and try to understand her particular brand of expressionism.

Even at the end, she wouldn’t give in to convention. She never used paintbrushes to depict ordinary subjects: still lifes and portraiture, landscape painting, genre or even historical/religious works.

Helen was unique in the field of visual arts; even Jackson Pollock didn’t take the concept of dribbling paint on large canvases to the depth that she did.

If only for her innovation – if not for the visual treats she gave the world, Helen has earned her place in art history; her work ensures her inclusion in the pantheon of great women who painted.