Learning Business English: A Key Asset in the World of Work There are seven thousand, ninety nine languages spoken in the world today. Of them, only twenty three represent the majority of the world's population.

It is estimated that, as of 2015, more than a billion and a half people were able to conduct business in English, no matter what their native language is. That number has surely grown since then!

Although no political body, administrative group or scholarly assembly purposely strove to make English the world's business language, the fact remains that:

Let us take a closer look at how and why English has become the language to speak while conducting business. 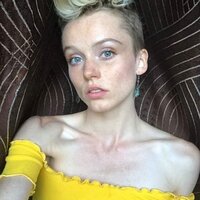 How English Became the Language of Business

The start of global English language dominance coincides with the founding of the British Empire which, at its height, claimed 23% of the world's population as subjects, and nearly a quarter of the world's total land area.

North America's Thirteen Colonies claiming independence from Britain in 1783 dealt a blow to that sovereignty, but the American rise onto the global stage – and its efforts at furthering English as the language of business did not happen until a few centuries later.

Why Did English Become the Language of Business?

Historically, the main factor for establishing a global language has been political and economic power.

Because the British Empire was so mighty and so far-reaching, it drove global economy and trade for many centuries. However, by the end of World War I, the mighty Empire was faltering. Nevertheless, Britain's many colonies, and every country Britain traded with used English to conduct business.

America stepped onto the global stage as a superpower just as Britain's might was waning, and remains dominant today.

Although America has no officially declared national language, the majority of its speakers and its government use English.

America's use of English as their fundamental language translates into English remaining the global language, one that every business uses in every international transaction.

How can you benefit from that trend? Check out our ESL courses online.

How to Learn Business English

Before learning Business English, you should have a fair grasp of speaking English in general. A good way to test your fluency and pronunciation is to have conversation with native English speakers.

If you would rather test your ability on your own, you could take quizzes online.

If you are uncertain about your grammar and vocabulary abilities, perhaps you could take some English lessons online, either online or with a group of other ESL learners.

Because business English has its own vocabulary, it is important that you are well grounded in the fundamentals of the English language before you learn phrases that relate to the direction you wish to take in business.

Fundamentals include verb tenses, adjective and adverb use, sentence structure and proper use of expressions.

Listening skills are as important as reading or speaking skills in business, so you should devote a fair portion of your English study time to audio materials.

When learning business English, it is not as important to learn slang as it would be if you were learning English as a second language with no business purpose in mind. However, you might want to get familiar with an idiom or two, just to improve relations with your international business partners.

Take ESL classes near me offered from the best tutors here.

Which Business Interests You?

The term Business English is a catch-all phrase that covers international relations – from tourism to politics; trade, and finance.

One aspect of business English is communication, focusing on spoken English and the language skills needed to host presentations, meetings and negotiations.

Business writing concerns itself with reports, correspondence and memos.

Business English vocabulary is targeted to specific areas. If your interest lies in finance, some new words you might learn are currency, accounting, and liability.

If you are more driven toward tourism and the hospitality industry, your vocabulary would consist of words like accommodation, destination, and fare aggregator.

It is always a good idea to learn as much as you can. However, you should improve your English by first focusing on the vocabulary and English phrases that relate directly to the industry or business you wish to work in.

Once you secure your dream job, you can devote more time to English learning.

Starting Your Own Business with Your New Language Skills

Have you ever dreamed of owning your own store? Importing goods from around the world and introducing them to your British neighbors?

What about opening a restaurant? Or a child care facility?

These are all occasions for you to use your newly-gained skills. Organisation and proficiency in English are absolutely vital in businesses that deal with the public.

With any of these ventures, you will have to navigate agencies that issue licenses and collect taxes, among others. Here, the ability to use business English would be of tremendous benefit to you.

Learn how to make English learning easy with our guide to simplifying ESOL Courses including english courses in london and beyond.

With your developed English skills, you could help non native speakers learn to speak English.

You can promote your services as an English teacher to students practicing for IELTS or TOEFL by posting adverts on college campuses and supermarkets.

You could build a tutoring profile with Superprof and make learning English fun.

Your biggest selling point is that you have experience as a non native speaker learning English. You understand how tricky grammar can be. You might have a simpler way to teach verb tenses and vocabulary.

Scientists agree that people who are bilingual have increased attention spans and are able to focus better in the high pressure business world of today.

Employers actively seek out job candidates who are bi-or multi-lingual because they are absolutely vital in today's global business arena.

Wouldn't it stand to reason that your British friends and neighbors might want to learn another language, if for no other reason than to increase their pay?

Think about the countries that shape the economy; China and India among them. If you are a native speaker of languages from those lands, you could comfortably and confidently teach a native English speaker Mandarin or Punjabi.

Your solid grasp of English conversation, especially in business English terms, might mean you could win contracts to educate employees in a second language for global firm.

Another business opportunity you could investigate is teaching English online, via Skype, to English learners in your home country.

Through your efforts at language learning, you know how to learn English. You could conduct general English lessons one on one or in small groups most effectively. Why not learn English through film and songs?

Or, for students already studying English in school, you could offer homework help, grammar exercises and listening practice.

The Future of English as the Language of Business

Liguists worry that, because of China's growing economic might, Mandarin may replace English as the language of business.

That fear is intensified because Chinese is the most widely spoken language in the world (English falls third on that list of global languages).

What does that mean for you, who has worked so hard to speak English fluently?

Not a thing, other than you should practice English more.

In light of all that, you can rest assured that your business English skills will be vital for a long time to come.

Discover how learning English can give you greater access to higher education and online materials.

Going back to school can look a little different now. Read our Back to School in 2020 to learn more.