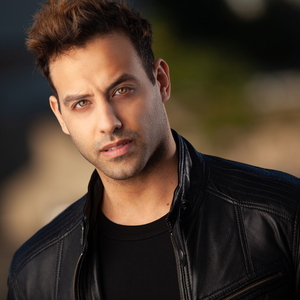 How to Prosper as an Actor in Today's Changing Film Industry!

ACTION is the best teacher. You learn well by reading, talking, listening and understanding. Doing is what will help you accelerate and try all the tools you acquire. It will allow you to take it out on the field, try it and see what works, what doesn't and what requires fine tuning.

Classes will start from the basic foundation of acting. We discuss your goals and visions then custom tailor a path to achieve the goals by using each class as a step closer.

We will also discuss lighting and selftape techniques and where to find work until you become represented.

International Award Winning Actor-Director-Keynote speaker that's worked from as far east as China to as Far west as Los Angeles.

Currently a best selling author for his new Filmmaking Pocketbook Guide "How to make it from a no to whoa budget" Taz has worked with major names such as Jackie Chan, John Cena, Sylvester Stallone and Maggie Q.

Taz was also a former pro athlete that has played professional soccer for Manchester United and Tennis at the ATP Juniors Level.

Academically, he's a graduate from the hospitality and Tourism Management Program with a Minor in Sales & Marketing as well as Psychology which has led him to work in the corporate world for some time. A while later, he moved into becoming a home room school teacher and ESL teacher.

Simultaneously, Taz's Martial Arts background has also allowed him to own and run a dojo for 11+ years, and nurture a skill which would help him with a film industry for the action genre.