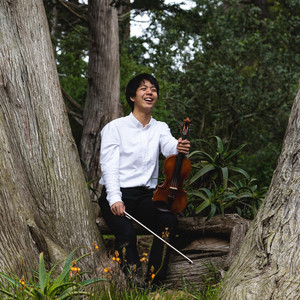 Music is a language of enormous versatility and universality. It is twice blest: It blesseth him that gives and him that takes. Regardless of whether music is to become a hobby or a career, it refines the character of a person. Yo-Yo Ma often considers himself a humanitarian before a musician. This is the aspect of learning music I seek to nurture. Then, up to the objectives of the student, I may teach any style of violin playing.

Seeking a few violin students to share his passion for music, Luke Chiang is a student of Ian Swensen at the San Francisco Conservatory of Music under the sponsorship of the Sergei Barsukov Scholarship for Violin. Under Yehonatan Berick and Michael Frischenschlager, he received a diploma from the University of Sherbrooke through Orford Musique in the summer of 2016. In 2018, he received the Mount Royal University Advanced Performance program certificate under the tutelage of William Van Der Sloot. He has had the opportunity to work with and observe the teaching methods of well-known pedagogues including by not limited to Andres Cardenes, James Ehnes, Geraldo Ribeiro, Tadeusz Gadzina, Dimitri Murrath, Jean-Michel Fonteneau, and many more. He has been asked by American composer David Conte to lead and organize performances of his works titled September Sun and Sinfonietta for 11 Instruments. He recently also worked closely with SFS Chorus Director Ragnar Bohlin on a performance of Part`s Passio. No matter your age or ability, I look forward to sharing the beautiful world of music through the violin!