The Weapons Used by Japanese Warriors Japan is a country with an extremely personal and specific culture. Whether it’s martial arts, samurai, food, manga, or video games, there are so many reasons to be interested in Japanese history and culture.

Throughout this history, there have been several conflicts, including those between Japanese medieval clans. Before gunpowder and firearms in the 16th century, Japanese warriors would use blades to fight. Some of these weapons are quite famous in the West through combat sports that use them.

When you think of Japanese weapons, you probably think of ninja gear like throwing stars or throwing knives, a grappling hook, and all manner of concealed weapon used by the shinobi or ninja warrior. However, don't forget that there's more to the weaponry of feudal Japan than this.

In this article, we’re going to have a look at some of the famous weapons that were used in Japan. Between steel blades, wooden weapons, and deadly projectile weapons, here are some of the tools of war that helped the Japanese army secure victories over the years. 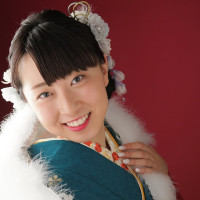 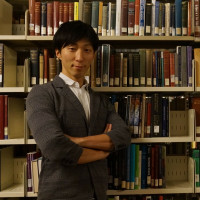 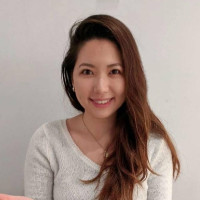 Of all Japanese swords and blades, the most famous is probably the katana sword, a favourite among samurai. The katana is a sword with a long, thin, and curved blade with just one cutting edge. It’s worn on the belt with the blade upwards.

There are several uses for the katana: cutting (with the blade), stabbing (with the point), and symbolism. During the Muromachi Period, there were famous smiths known for their legendary katanas.

Among the most popular blacksmiths, you might hear the names Masamune, Kotetsu, Kunimitsu, or even Muramasa. Furthermore, the katana is a weapon present in many contemporary works inspired by Japanese folklore such as Kill Bill, Ruroni Kenshin, or the video game Musashi: Samurai Legend, for example.

The tachi is a Japanese sword that was used until the 13th century (Koto Period). It was favoured by horse-mounted samurai, hung from the belt to the side, with the blade downwards. It measured around 70cm in length.

There are two types of tachi, the decorative tachi (kazaritachi) and the jintachi, which was used for battle. The tachi is used as much for ceremonies as it was used by the shogun in battle.

The tachi is an ancestor to the katana and the preferred weapon of Japanese horse-mounted warriors until the 13th century.

The waizashi is a sword that’s quite similar to the katana with the main difference being that is only measures between 30 and 60cm. It’s not used for stabbing, but rather for close combat in which a katana would too long or alongside a katana in ceremonies.

Wakizashi were used for the seppuku ritual as their size allowed them to easily cut open the stomach.

The tanto is a Japanese blade measuring less than 30cm. It was used by the samurai as an armour-piercing blade or by women in combat. There are two main types: the hamidachi (with a small guard) and the aikuchi (without a guard and a handle made from fish skin).

These blades were sometimes used to perform jigai, ritual suicide. They’re similar to Western daggers but with a Japanese touch and a marvellous sheath.

The tessen is a weapon unlike no other; a steel fan.

There are many tales about the use of the tessen. Here’s one of them:

When Araki Murashige was invited before Oda Nobunaga (the “Demon King), he left his sword at the entrance, as was the custom. As he performed the traditional greeting, Nobunaga had planned to decapitate him by closing the sliding doors on his neck. Fortunately, Araki used his tessent to block the doors from closing.

Another legend during the Sengoku Era states that the warlord Takeda Shingen survived a horse-mounted attack from Uesugi Kenshin by using a tessen. The tessen can be used as a shield in self-defence or as an offensive weapon when other types of weapon were forbidden.

Find out more about geishas.

These two Japanese weapons are types of lances. The naginata first appeared in Japan in the 10th century having originated in China. This lance has a curved blade at the end. It’s light and manageable and was used by several types of warrior:

Today, naginata is a martial art predominately practised by women.

The yari is a lance that measures between 2.5 and 4m in length. The blade at the can be double-edged or in the form of a cross (ju-ji). It’s useful for both cutting and stabbing, making the yari one of the most deadly weapons in Japanese history. Furthermore, you can use the butt of the yari to strike your foe, a movement which features in many aikido kata.

Torimono Sandogu designed three mêlée weapons during the Edo Period for law enforcement. These weapons include the sasumata (double fork), sodegarami (points), and tsukubo (t-shaped). They weren’t designed to kill but rather capture and were usually used to capture suspected criminals.

Ninjas are shadow warriors who are famous all over the world for their combat style, ninjutsu. These professional spies used a series of thrown weapons or strikes.

You can start to learn Japanese London now.

Firstly, the yumi is a Japanese bow. It wasn’t just used by ninjas but it did give these stealthy warriors an advantage. It wasn’t used as much as the kunai, though. This was a small dagger which worked both as a tool and a weapon. Ninjas could also use a ninja sword, which was shorter and easier to handle than a katana.

Of all the ninja weapons, the shuriken (ninja stars), a metal star that could be thrown at foes and tipped with poison, was among the most famous. The star-shaped shuriken is known as the shaken. Senbon were another effective weapon for the ninja. These metal needles could also be tipped with poison.

While ninja weapons are popular in manga such as Naruto, real ninjas had no magical powers but were still really effective.

Learn about the world of sumo wrestling in Japan.

The Weapons of Okinawan Kobudo

Okinawa is an archipelago that was annexed by Japan in 1879. At this time, the inhabitants of Okinawa were unsurprisingly unwilling to be invaded and had developed a range of weapons based on traditional agricultural tools. These weapons were integrated into Japanese martial arts and became known as kobudo.

The most famous of these weapons is the nunchaku. Nunchaku are two batons held together by a cord or chain and are used similarly to a flail. While the nunchaku is now used more artistically, it served as a tool for self-defence against the invading Japanese armies.

The sai is another of these weapons: an Asian dagger with three points that can be used to stab but not cut. It originated from an agricultural tool used to plant rice or pierce fruits. The sai is generally used in pairs but a third can be used as a thrown weapon.

Okinawans also used a tunkunwa in combat, a type of tonfa with a perpendicular handle. This type of weapon came to be used by law enforcement all over the world but is also used in Japanese martial arts.

A lot of Okinawan weapons were based on sickles, hoes, or hooks like the kama and the kue. Another popular weapon, especially in ninja folklore, is the kusari-gama, a sickle attached to a metal chain with a metal weight at the end.

Finally, kobudo also features the eku (fishing oar), the bo (measuring around 1.8m), the hanbo (a half baton around 90cm long), the tambo (a short baton between 45 and 60cm) the jo (a walking staff), and the shakujo (a 1.8m staff with metal ends).

Now you know a bit more about Japanese weaponry, swords, batons, mêlée weapons, and ranged weapons. If you want to learn even more, consider reading our other articles on Japan or getting Japanese language lessons from a private tutor on Superprof!