Signs That Roller Skating Is Making a Comeback We've all heard the assured thrumming sound of polyurethane wheels on pavement, with its rhythmic acknowledgement of every sidewalk crack. Without turning around, could you tell what kind of skate you're hearing?

Inline skates, commonly called rollerblades, make a chunky bass sound while skateboards emit a higher-pitched, continuous hum. That sound may become cyclic as the skateboarder propels themself along; spikes of intensity peaking and dropping back to its standard noise.

Roller skates have a different sound than either of those two. It is frothier, about the same frequency as skateboards' wheels make and far more mechanical sounding. Roller skates' timbre is not continuous; it comes in waves. As the skater pushes on, their skates make a solid thunking sound each time they hit the ground.

It's a good bet that, now that there are more roller skaters on the streets and in the parks, you'll soon be able to tell what kind of skater is coming up behind you, even without our admittedly weak descriptions.

There being more roller skates to listen for is just one sign that roller skating is making a comeback. There are others; Superprof lays them out for you. 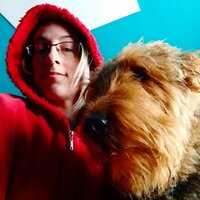 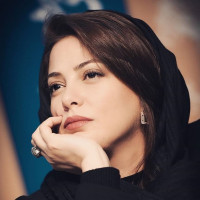 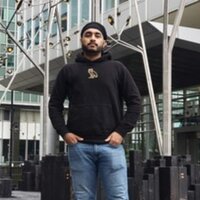 Rollerskating in the 80s

Even though rollerskating is a centuries-old activity, the 80s was arguably the Decade of Roller Skates. Disco was passé, synthpop commanded the airwaves and a general feeling of optimism imbued much of the Western Hemisphere.

Of course, not all was smooth sailing. The world was still divided by an iron curtain. There were still wars and global-scale tragedies but, on an individual level, it was such a relief to finally have money in our pockets and leisure time to spend.

And, with no electronic devices to claim all of our attention, we were free to pursue fun and engaging activities. So we did what humans have done since the dawn of civilization. We dressed to be noticed and gathered at entertainment venues.

It just so happened that one of the most popular venues was the roller rink, where one could hear the latest from the Electric Light Orchestra, Culture Club and The Eurythmics over a boss sound system. There were snack bars serving cold drinks and gaming lounges where proto-gamers could play Pac-Man, Space Invaders and pinball.

In short, skating rinks had everything needed for a satisfying Friday or Saturday night out. But there are five other days in a week; rollerskating in the 80s was just as much fun then, too.

To spice up those evenings when business was slower, roller rinks offered incentives. Disco Nights, Ladies' Nights and other themed events, competitions and two-for-one admissions were all ways to get skaters through the doors but genuine skating enthusiasts would head to the rink whether or not there was an added incentive.

Weeknight skating was the best; the rink was less crowded, then.

We kicked off the previous segment by asserting when the Decade of Roller Skates was but maybe we should have simply said it was the decade of skating because, in 1987, the world was introduced to rollerblading.

Calling the activity rollerblading is actually a misnomer, but an honest one. Rollerblade Inc. was the first - and, at the time, the only company to mass-produce those skates; their company name became synonymous with the wheeled boots' actual name, inline skates.

Inlines are a hybrid of ice and roller skates but, unlike either of those more traditional skates, inlines are a bit more demanding.

For one, the wheel setup demands a reinforced boot; otherwise, skaters would be in constant danger of injuring their ankles. Unlike ice skates, whose flat-bottomed runner creates an admittedly narrow length to stand on, inline skates' double-bevelled wheels provide no such platform.

Inline skates were built for speed. For any type of refined skating - say, skate dancing or partners' skating, inline skaters require not only an alternate wheel setup but extra skills because the wheel assembly usually protrudes beyond the boots' heel and toe. Also, the boots are rather cumbersome, especially next to the thin leather of the traditional roller skate boot or, even better, today's roller skate shoe.

Let's not make the mistake of believing that roller skates are superior to inline skates, though. Both skates have their good and bad points. In some instances, such as the aforementioned artistic skating, quad skates perform better but, when it comes to skating down a gravel path, inline skates take the cake.

The late 80s saw roller skates nearly relegated to the dustbin, along with indoor roller rinks. Nearly! Fortunately, both are again showing signs of life.

So which type of skates do you prefer: inline skates or roller skates? Drop us a line in the comments section.

In the late 1980s, as quad skates increasingly gathered dust while skaters flocked to buy the new type of skates, another skating controversy was brewing.

A passion for skateboarding had been growing in the US since the mid-70s and, when California skateboard enthusiasts started making the best of drought conditions by skating in dried-up swimming pools and spillways, trick skating became all the rage.

Soon, the 'vert' skating trick wasn't limited to skateboards; inline skaters got in on the action, too.

Vert skating is a type of aggressive inline skating that sees the skater launching themselves into the air after skating vertical or near-vertical ramps at high speed, and then touching back down on the ramp. The correct vernacular is riding a half pipe, as in "I'm going to ride the half pipe".

Although there had been skateparks sprinkled around the US for over 10 years, this new trend in skating spurred skaters to seek ever more challenging obstacles to skate. Soon, skateparks featured more daring obstacles: quarter pipes, mini-ramps and spines among them. Naturally, legacy obstacles feature, too, except they have different names.

The original dried-up swimming pool concept is now called a bowl and a tiled skating surface, reminiscent of swimming pools is called coping.

Unfortunately, quad skates are not suited to the aggressive speeds and extreme skating styles these outdoor skate parks demand. Their wheels are both too small in diameter and too wide; all of that contact with the skating surface makes for more friction, which translates into less speed.

Also, the wheels' smaller diameter - smaller than inline skates' means more revolutions for less distance gain. Even if you changed your quad skates' wheels to the largest available diameter, not only would they still fall short of their inline counterparts but there would still be the insurmountable more-friction issue.

None of this means that quads are not welcome at the skatepark, only that quad skaters are limited in the tricks they can pull off.

All of this might lead you to believe that quad skates are meant for indoor skating and inline skates should only be used outdoors. In fact, no such division exists, seeing as some of the most exciting skateparks now include an indoor component and gentler obstacles designed specifically for roller skaters.

The arguments for/against indoor and outdoor skating are getting weaker and that's as it should be. There is not 'better' or 'worse' skating venue, only 'right' ones.

Are There Any Rules for Rollerskating?

Our lives are governed by rules, does skating have to be, too? That depends on what kind of skating we're talking about.

Competitive skating and skating as a sports discipline governed by the World Skate international federation have rules aplenty. World Skate, an International Olympic Committee-recognised board, regulates these and other diverse skating disciplines:

Everything from skaters' equipment to attire and from event qualifications to performance metrics is established by this international federation. Failure to abide by their rules could mean anything from disqualification from a single event to being banned from the sport for an extended period.

If you have no aspirations of becoming any kind of competitive skater, you'll be relieved to know that you won't be subject to a lengthy list of rules the minute you lace your skates up. You'll be free to glide around as you wish... provided you follow the rules.

We're not talking about a ponderous rulebook written in obsolete, archaic language and overseen by a remote organisation, only the rules that every member of a functioning society should follow.

Be considerate of others and mindful that you don't infringe on their right or ability to enjoy themselves, too.

Heed posted signage; mostly, it's there for your safety and protection - and that of others occupying that space.

Always make safety your first priority. That principle includes everything from wearing kneepads, wrist guards and a skating helmet to keeping snacks and water handy, particularly if you're planning on skating for hours.

And, of course, always heed the supreme rule of skating: have fun with it!

How to Learn to Roller Skate in Canada

Learn How to Roller Skate for Beginners in Canada Did you know that roller skating requires more than  75% of your body's muscle composition and provides an effective cardio exercise while burning up to 650 calories in 60mins? Roller skating is a fun exercise! Read this article to the end if you want to know […]

What Do You Need to To Rollerskate?

Everything You Need to Know About Roller Skates Canada Physical activity is top of mind for Canadians today, especially as we start to better understand the connections between staying active and our overall health. More time moving outdoors is a recipe for a healthier and happier lifestyle: in a world where it is easy to […]

How to Start Rollerskating in Canada?

Why Rollerskating is So Popular in Canada Today There are so many ways to build your cardio routine: running, walking, cycling, HIIT, aerobics and so much more. It can be easy, however, to fall into a rut and do the same exercise over and and over again. Suddenly, our bodies are no longer challenged, and […]

Is Rollerskating Popular in Canada?

Everything You Need to Know About Rollerskating in Canada Roller skating is a sport that involves a lot of things: fun, dance, endurance, strength, positivity and a little bit of nostalgia. The past few years have seen a rise in people interested in roller skating as it is an excellent way to get a workout […]