What Type of Musical is a Revue? Since the early days of human civilisation, music has featured in stage shows to underscore the story’s events or bring to light a character’s motivations or thoughts.

Often, such a chorus was an integral part of the show, one which, if omitted would leave the audience scratching their heads over some aspect of the story.

Those ancient songs set the stage for musical theatre… if you’ll pardon the pun.

The earliest examples of stage musicals usually revolved around a story. The songs – sung by the actors rather than a separate body on a side stage or in a gallery, were not so much an aside to the audience as an expression of the characters’ emotion or longings.

Obviously, such shows had to follow a script; likewise, the music and lyrics were written specifically for the show.

More recently in the history of musical theater, such songs made their way onto the airwaves and became hits in their own right. Memory, from the musical Cats (written by Andrew Lloyd Webber, in case you didn’t know) is a prime example of a show tune going mainstream.

For the most part, musicals of all types follow that long-established formula: story, scoring, acting… to some measure of fame.

The revue musical, however, is a breed apart. For one, there tends to be a deficit of story in favour of a varied performance consisting of singing, dancing and acting out sketches.

It is quite possible you’ve been exposed to such a show but maybe just didn’t realise it at the time.

That is why your Superprof now puts down the opera glasses to put revue musicals in the spotlight.

Check for drama classes near me here. 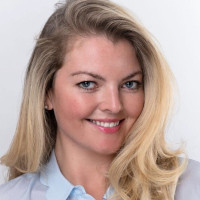 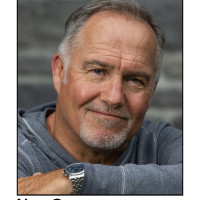 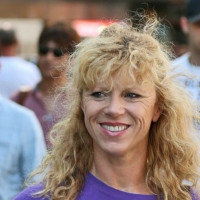 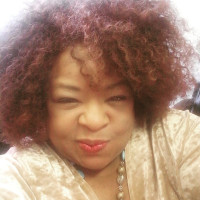 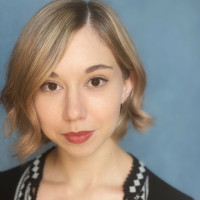 Revues are the vaudeville of the well-to-do.

Historically, stage entertainment catered to all levels of society: the rich had opera and, for their lighter entertainment needs, the operetta, which tended toward the comical. At the very least, it was certainly more lighthearted than regular opera fare.

Meanwhile, the lower echelons of society enjoyed ribald burlesque and campy, risqué vaudeville shows which, themselves, were comparable to operetta for their light tones, with a touch of irreverence thrown in for extra measure.

While we in Great Britain pretty much maintained the revue musical’s format and traditions, when such fare arrived on American shores, it, like its Vaudevillian cousin, underwent substantial changes.

Whether in Europe, in North America or on our lovely isle, the revue as a form of entertainment became immensely popular.

So much so that, while early cinema goers could get tickets to a show for a few pennies, revue tickets commanded several pounds… and people paid!

In the purest sense, the shows were disjointed: a short monologue or comedy sketch followed maybe by dancing girls; their number segued into song and the whole cycle repeated.

If they did have an overarching theme, it was satire, with public persons or current events often the target of the shows’ derision.

Big names from the genre’s Golden Age, from just after the First World War until the Great Depression include:

You might see, by that list of names, that being a revue artist demanded more than just one skill; comedic timing and a visual talent – in W. C. Field’s case, juggling were also necessary because, more than anything, a revue was a visual treat.

In the US, Hellzapoppin is a particularly good example of such a revue.

Remarkably, this show was constantly revised to remain relevant; for instance, when it played in 1944, it depicted Mussolini in blackface while American president Roosevelt, normally so eloquent, uttered nothing but gibberish.

Revues were grand fun but, unfortunately, after the Second World War, with the emergence of cinema, radio and television, the revue was forced to retreat from centre-stage, back to smaller venues such as nightclubs and improvisation theatres.

Find out how revue musicals compare with the most elemental of Broadway musicals: the concept musical.

A musical revue relies on performers’ or groups’ individual talents. That means that they are not choreographed as other musicals might be, nor are the services of a playwright required, even though there are spoken lines.

Remember: a revue musical does not tell a story.

Obviously, within those parameters, there is not much room for the typical activities and artistic guidance that any other musical demands: writer, choreographer, lyricist, set designer… even more telling is the difference in the terms identifying such a show’s ‘master’.

A book musical’s head honcho is called a director; a revue producer is known as an impresario.

For the most part, today’s musical revues have done away with the sketches and physical aspects like slapstick, and they no longer necessarily draw on satire to entertain. Instead, they may comprise of a single composer’s work.

Side by Side by Sondheim is a prime example of such a musical revue.

The title itself is a play on the title of a Sondheim song from the 70s musical comedy, Company, for which Mr Sondheim wrote the music and lyrics.

Side by Side by Sondheim is a showcase of the vast body of music by one of the most renown and prolific composers in theatre history. In a departure from traditional musical theater style, a narrator recounts why and how Mr Sondheim wrote a song.

Even though this show is rather dated, there are occasional performances, most recently in 2012, in Sidney.

Unlike film musicals that become Broadway shows – films like The Lion King or Beauty and the Beast that you can stream or enjoy on DVD, revue musicals do not generally translate well to the small screen.

Where or how would you be most likely to catch a revue today?

Improve yourself with acting classes Glasgow here on Superprof.

The New Stage for Revue Musicals

Today, revues have found their home on school stages.

If you’ve ever seen the film Mr Holland’s Opus, you might remember that, due to budget cuts, the schools’ faculty music department opted to do a Gershwin revue.

You might know that George and Ira Gershwin wrote such gems as An American in Paris, Rhapsody in Blue and I Got Rhythm.

If you are a Glee fan, you’ve probably heard their mashups – of songs, themes or genres, which were often implied to become the school’s end of year show.

Are you noticing a theme, here?

Common in Canada, Norway and Denmark as well as UK schools, they feature popular songs with lyrics revised to express (satirical views of) current events or of matters relating to student life.

These shows are in no way theatrical; they are meant for student entertainment, after all! And, you would be more likely to groan ‘Mamma Mia!’ because of the sheer silliness than compare such fare to that smash Broadway musical.

Still, they are great fun, even though songs featured in such revues seldom are heard beyond the stage they are performed on.

Unlike jukebox musicals, where the music is well-known…

Your Best Chance to See A Musical Revue

It is quite unfortunate that the revue musical in its original form is all but gone but, if you’re bemoaning the fact that you never had the chance to catch Kander and Ebb’s But The World Goes Round…

Rest assured that there is no need to moan just yet.

There is a longstanding tradition for students of the medical, legal and veterinary professions to stage a revue.

Even better, especially if you are a musical theatre aficionado: it is a revue in the purest sense, complete with sketches, parodies and, of course, the usual song and dance.

Funny, that. You would think it would be a school of music that would put on such musical comedies, wouldn’t you?

So popular are these shows that London’s five United Hospitals medical schools compete against each other every year, in an event called the UH Revue – sort of a monster, comedic face-off, with the most outrageous group taking the top prize.

If you’re hoping to buy tickets but are wondering which school’s show to find tickets for, consider this: both The MD’s Comedy Revue and the St George’s troupe have taken top prize six times apiece.

What if you’re nowhere near London but you still want to witness such a music circus? You’re in luck!

Do you have a school of veterinary medicine or a law school anywhere around? If so, there is a good bet that they are rehearsing their revue right now!

Don’t forget to check your local university medical programme; they’re probably harbouring a creative team or two who are getting ready to put on their show soon…

If all else fails, you can head to The Fringe for the music theatre you crave.

Granted, The Fringe is more of a spectacle than a theatre festival; maybe that is why the Birmingham Medics Revues, the Cambridge Medics Revue and the MD’s Comedy Revue fell so at home performing there.

Mind you, we don’t just mean the Edinburgh Fringe; the Brighton Fringe, the Windsor Fringe and the Buxton Fringe all regale audiences yearly with a new musical revue.

Wouldn’t you like to catch one… or would you prefer tickets to a rock musical?