What are the Best Acting Schools in Canada? Should you go to acting school? It’s a question all beginner actors will start to question. You hear success stories about famous actors just walking into an audition and getting the one part that propels their acting career forward. These situations aren't impossible, but they're uncommon. Most people that want to get into acting should have some form of training. There are two different types of training.

Acting classes are more for experienced actors that are looking to improve on a few acting skills. It's a great way to meet people that share the same passion for acting as you do. It’s also a good way to make connections to help you further your career.

Acting schools are the perfect way to start your career off right as an actor. Learn everything to get you started in being a successful actor. Canada has a lot of great acting schools that can take you where you want to go. Below we’ve listed some of the top acting schools around Canada. Find one that’s near you. 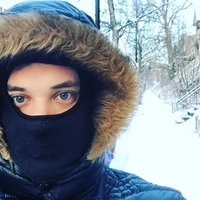 Toronto can be known for it's an acting scene. A lot of famous movies and t.v shows have been shot around Toronto. It’s a great city if you're looking for work as an actor. It’s not uncommon to walk downtown and see a show or movie being filmed right before your eyes. With Toronto having a big acting scene numerous acting schools help actors gain the skills they need. We’ll list some acting schools to get started on becoming a great actor.

The Toronto Academy of Acting - They have one of the best acting schools in Toronto. The academy of acting has numerous former students that have been part of different films and t.v shows. Their former students have been Wonder Women, the Army of the Dead, and Degrassi. They offer a short 4-month program that offers you everything you need to know.

University of Toronto - They offer a few different course programs that will teach you the theory and practical side of drama. They have industry professionals that know the ins and outs of acting. The University of Toronto prepares students who are interested in theatre or acting the chance to gain the skills they need to excel in acting.

Ottawa doesn't have an impressive film industry like other Canadian cities such as Vancouver or Toronto, but it's still possible to become an actor in Ottawa. There are always a few ways actors can find work living in Ottawa. Ottawa also has some amazing acting schools. You can gain the skills you need to become a great actor living in Ottawa.

University of Ottawa - They offer a 3-year bachelor program for those looking to gain the education and practical experience for becoming an actor. The University of Ottawa classes revolves around practical, professional and academics so their students are well prepared to work as an actor. They offer small class sizes and have a full team ready to teach you how to become an actor.

Algonquin College - They have a 1-year diploma program for those looking to work in the career of performing acts. You’ll learn everything you need to from gaining skills to excelling on set. Algonquin College is ready to work with you with their team of professionals. It’s perfect for anyone looking to get started as an actor.

Montreal is another great Canadian city that has an acting scene. Montreal has spectacular scenery which is picture-perfect for any show or movie. Movies like Catch If You Can and The Notebook have scenes that have used Montreal. It’s no surprise there are over 10,000 jobs dedicated to the film industry. Living in Montreal is the perfect way to start your career as an actor. It has the opportunity you need to start as a new actor. With Montreal having a vibrant film industry scene they have plenty of acting schools that help students get a piece of the action.

House of Actors - They are one of the many prominent acting schools in Montreal. House of Actors offers a 3-month full-time program that will teach you everything you need to know. They also have a section devoted to physical activity. They incorporate a yoga class, dance choreography class or boot camp class each day. It’s the added benefit of joining the House of Actors. They have a full team that’s ready to help you become a great actor.

The University of Concordia - They offer a phenomenal drama undergraduate program that’s prepared to teach you everything you need to know. Concordia teaches its students a wide range of skills that allows them to be ready to take on any project as an actor. They teach you the practical and theoretical aspects of acting. You’ll gain an in-depth knowledge of how to become a great actor.

Vancouver is notorious for having a great film industry. It’s even more so than Toronto. Vancouver always has a movie or t.v show being filmed. It’s not uncommon to walk down the street and see a sign that says “closed due to filming”. It’s one of the great cities to be in if you're looking into becoming a great actor. Being in Vancouver will give you lots of exposure to the film industry. It’s also going to put you one step closer to becoming an actor. Vancouver has a lot of wonderful acting schools to get you started.

Vancouver Acting School - They are one of the acting schools that stand out in Vancouver. They offer a 6-month diploma program that teaches their students the ins and outs of acting. Vancouver acting school prepares its students for the realities of becoming an actor and how to excel. They have a full team of industry professional that will help you.

Find the Acting School for You

Now is the time to pursue your career as an actor. We’ve given you a list of popular acting schools all around Canada. Acting schools are the perfect way to start your career off right as an actor. You’ll learn everything you need to know from gaining the skills to understanding the business aspect of acting.

If you’re interested in acting classes Superprof has you covered. They have 100s of acting tutors all over Canada that are ready to teach you. Superprof’s tutors have the experience and knowledge to teach you how to get better at acting, They offer lessons in person and online giving you the freedom and flexibility so you can learn acting when you want to learn.

For more information about acting schools check out these articles:

Top Acting Schools Around the World

Acting Schools Around the World and in Canada