When Should You Visit Rio de Janeiro? BlogLanguagesPortugueseChoosing When to Visit Rio

“Brazil offers big adventures for travelers with budgets large and small. There's horseback riding and wildlife-watching in the Pantanal, kayaking flooded forests in the Amazon, ascending rocky cliff tops to panoramic views, whale-watching off the coast, surfing stellar breaks off palm-fringed beaches and snorkeling crystal-clear rivers or coastal reefs – all are part of the great Brazilian experience.” - Lonely Planet

43°C in the shade was Rio de Janeiro’s hottest recorded temperature in 2015. It’s not always that hot, though. The climate is quite nice and it’s never too hot nor too cold with a nice breeze coming off the ocean.

However, certain times of the year are better than others, especially if you want to see the beaches at Copacabana and Ipanema.

In this article, we’re going to look at the climate in Rio de Janeiro and the best time to visit it. 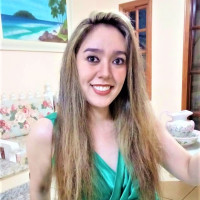 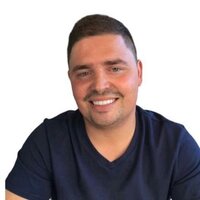 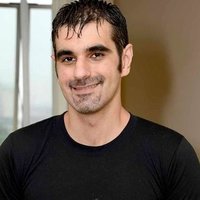 Rio de Janeiro is located between the Equator and the Tropic of Capricorn and enjoys a warm and humid tropical climate. Like many countries in South America, there are only two seasons: the dry season from May to October and the rainy season from December to March. April and November are transitional months.

The city is located by Guanabara Bay and surrounded by mountains covered by the Atlantic Forest, which results in milder temperatures during the warm periods but also humidity.

Chris the Redeemer stands 710m above sea level on the Corcovado, where it’s usually 4 degrees cooler than at the foot of the mountain. On Sugarloaf Mountain, 400m up, the weather’s quite similar.

It’s never too cold in Brazil’s second city during the day. At night, temperatures can drop to under 10°C but rarely any lower thanks to the surrounding mountains.

If you decide to go to Rio de Janeiro in December, you can spend the holidays paddling in the ocean with a caipirinha in hand as you listen to samba music.

There’s quite a lot of rain in Rio; 1300mm per year. London only has 584mm per year. This makes sense since Brazil has a tropical climate which dries in the summer following the rainy season. Most of the rain comes between December and March during storms.

Have you ever experienced such a rainy season?

Asia has similar seasons. The water can rise quickly.

Unlike the UK, this is because it’s raining when it’s hot rather than cold. For example, there’s an average 655mm of rainfall in Newcastle, which is still half of that in Rio!

Sunshine is good and you’ll get an average of 7 hours of the stuff during the day. Rio is also regularly sunny throughout the whole year, even during the winter. During the summer, the days aren’t as long as they are during the British summer (due to how far north the UK is) so think twice before you start complaining about the early nights creeping in!

The temperature of the water in the Atlantic Ocean is quite important in a city like Rio.

What more could you ask for?

However, you should be careful as the waves and currents can be quite strong and tourists sometimes need to be saved by helicopter because they can’t swim back to the shore.

Find out more about visiting Rio.

When Is the Best Time to Visit Rio de Janeiro?

If you want to visit the Ilha Grande, the Amazon rainforest, or the botanical gardens, different times of the year have their pros and cons.

Find out more about accommodation in Rio.

Visiting Rio during the Rainy Period

The rainy season is between December and March. Temperatures can rise to 35°C and the humidity makes it feel even hotter. The tropical storms can be quite violent.

If you can deal with humidity and heat, then it’s a great time to go because everyone’s getting ready for the Rio Carnaval.

Find out more about the cost of visiting Rio.

Travelling to Brazil During the Dry Season

The dry season is between May and October. The temperatures oscillate between 15°C and 25°C but the evenings are quite mild. The sunsets are quite early, too, at around 17:30. Don’t misunderstand the term “dry season”. The city is very humid and it can still rain, just less than during the rainy season.

The Best Season to Head to Rio de Janeiro

In terms of weather, you’ll want to go during October, November, or the beginning of December when the days are warm and everyone’s getting ready for the carnival. March, April, and May are also nice but they’re not as festive because it’s after the carnival’s finished.

The high season for tourists occurs during the carnival period and the low season is in the months afterwards (June, July, August, September).

Discover the different parts of Rio.

What Events Can You Enjoy in Rio?

While the city is most famous for its carnival, there are plenty of other events throughout the year you can attend if you can’t head there during February or March:

How Long Does it Take to Visit Rio?

You can visit the city in around 4 days if you’re in a rush and need to head elsewhere in Brazil like Salvador de Bahia, São Paulo, or Iguaçu Falls (or Iguazú Falls) in the south of Brazil. If Rio’s just a stopover on a longer trip to Colombia or Venezuela (a country you might want to avoid at the moment), here’s how you could organise your trip:

If you’d rather relax on the beach, you’ll need to stay at least a week. You’ll have more time to discover the city without having to rush around. If you’re heading during carnival, you’ll need at least two weeks, a week to visit the city and a week to enjoy the festivities.

So when will you head to Rio de Janeiro?

While Spanish is spoken in almost every other South American countries including Bolivia, Paraguay, and Argentina, Brazil's official language is Portuguese.

Before you head to the largest country in South America, you should consider getting help with your Portuguese from a private tutor on Superprof. If you want to learn more about Brazilian culture and the language.

There are three types of tutorial available, each with its advantages and disadvantages: group tutorials, online tutorials, and face-to-face tutorials.

Group tutorials are great for those on a budget as you can share the cost of the tutor's time with the other students in attendance. It could be useful if you're going to Porto with a group of friends, though. Of course, you won't enjoy as much of a personalised touch as you would with the other types of private tutorial.

Similarly, online tutorials are good if you're on a budget as the tutor doesn't have to travel and can, therefore, charge less per hour. Your tutor might even be from Brazil.

Finally, face-to-face tutorials are between you and the tutor. This is the most costly type of tutorial but it's also the most cost-effective.