Everything You've Ever Wanted to Know about Arabic Today BlogLanguagesArabicThe Arabic Language from A to Z (or ’alif to yā’)

Despite the fact that teaching a foreign language doesn't seem to be a priority in schools today, learning to speak Arabic remains a considerable cultural and professional asset.

Learning Arabic and developing your oral communication in this language will enable you to speak to the 300 million Arabic speakers living across the world today.

What's more, Arabic is an official language in 26 different countries, with 22 of these Arabic speaking countries being members of the Arab league.

However, the use of the Semitic language is not limited to within their borders.

As great travelers and explorers, Arabs have shared the richness of the their culture and language with the world.

Mastering literary Arabic is therefore useful even outside of the Arab world. You'll find knowing Arabic beneficial in Europe, North America, and even Asia.

This article will show you why it's a good idea to learn to read and write Arabic even if you are not in an Arab country.

You might even be inspired to take an online Arabic course today! 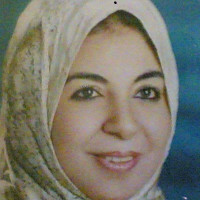 Arabic is an Official Language in 26 Countries

The Arabic language, العربية, al-ʿarabīyah, is a Semitic language spoken by more than 300 million people across the globe.

Originating on the Arabian peninsula, Allah spoke Arabic and it became the official language of the Quran and the liturgical language of Islam in the 7th century.

The expansion of the Arab Empire and of Islam during the Middle Ages helped Arabic spread throughout the Middle East, North Africa, and Europe.

First established in Arabia, the Arabic language spread geographically and sociologically across all the continents thanks to the great Arab explorers. Today, Arabic can be heard wherever you go. In fact, it is the 5th most spoken language on the planet.

Arabic is an official language of 26 countries, which can be heard in Moroccan souks, Lebanese restaurants and Algerian beaches, as well as being one of the 6 official languages of the United Nations.

Learning Arabic is not necessarily easy. English speakers will face two particular challenges, which they don't face when they learn to speak European languages such as Spanish, French and Portuguese.

Classical, or literary, Arabic is used in the Islamic Holy book of the Quran. Sometimes referred to as Quranic Arabic, this form is used in all religious texts. Modern Standard Arabic (Msa) is what is taught at school, but luckily it only differs slightly from classical Arabic.

But, rest assured. These obstacles are easily overcome. In fact, Arabic grammar and syntax are actually easier for learners to assimilate than those of an Indo-European language.

If we consider the number of countries in which Arabic is an official language (and not the number of speakers), this Semitic language comes in just after English and French.

These 22 countries make up the Arab League, also known as the League of Arab States, a regional organization member of the United Nations.

Other countries in which Arabic is an official language include the following:

The Arabic language is also closely related to the official languages of Malta, Cyprus, and Sicily.

Here are 15 key things you should know about the Arabic language and culture before becoming an Arabophile.

This represents 3.5 times the surface area of the European Union and 3% of the entire world.

Today, there are more than one billion Muslims on the planet. Within this group, Sunni Muslims are distinct from Shi'a Muslims. While Sunnis follow four schools of law,  Maliki, Hanafi, Shafi'i, and Hanbali, Shi'as follow two schools, Ja'fari and Zaydi. Arabic and the Muslim world are therefore closely linked.

The Nile separates one group from the other.

However, the majority of inhabitants speak a local or regional dialect derived from classical Arabic, making learning Arabic a bit more complicated. Your comprehension and oral expression will really be put to the test!

For example, the Arabic spoken in Algeria is totally different to Egyptian Arabic, as different as English is to German.

These include regions in which farming represents an important economic value.

Along with agriculture and artisanal trades, oil, or "black gold", is the most important economic export for these countries.

Algeria, Tunisia, Morocco, and of course the rich cultural heritage of Egypt attract numerous tourists from all over the planet.

There are many well-known Arab poets, writers, and philosophers, such as Abou el Kacem Chebbi, Naguib Mahfouz (recipient of the 1988 Nobel Prize in literature), and Averroes, whose writings facilitated the study of the work of Aristotle.

And finally, like other Semitic languages such as Hebrew, Arabic is written from right to left, the opposite of how we write in English. This means that native English speakers should take a lot of care with Arabic writing.

Outside of the Arab world, Where Might Learning Arabic Be Useful?

Learning a foreign language, from an educational perspective, has many advantages.

Such knowledge would clearly increase your cultural and professional opportunities.

Learning Arabic Outside of the Arab World

People learn a foreign language for different reasons. As part of their schooling, to boost their professional career, or for cultural reasons.

Whatever their reasons for enrolling in Arabic courses, students should remember than this Semitic language has an international presence.

And, because Arabic is an international language, mastering it will only benefit you.

Beyond the borders of the Arab world, many countries and languages have been or are currently strongly influenced by the Arabic language.

Many factors have led to the expansion of Arabic across the globe.

Whether you're in Europe, Asia, the United States, or elsewhere in the world, learning Arabic is useful and even easy given the widespread influence of the Arabic culture.

Superprof's Arabic tutors will attest to that! Why not talk to a couple of them about Arabic lessons London or via webcam?

Do All Muslim Countries Speak only Arabic?

Arabic plays a huge role in Islam, but do all Muslims speak it?

By definition, a Muslim country is one in which a majority of the population is Muslim.

Percentages were determined by how strongly individuals associated Islam as a cultural and historical component with their own personal identities.

A distinction should be made between Muslim countries and Arab countries, in which Arabic is an official language.

Even though the Muslim population of the latter may be significant, they are not necessarily Muslim countries.

Let's take a closer look at a few Muslim countries and their official languages.

Furthermore, English has a strong presence in the following Muslim countries:

Likewise, many Muslim countries are French-speaking.

There are many Muslim countries in which Arabic is not spoken at all, such as Malaysia.

There is an intrinsic link between Arabic and Islam. But this does not mean that they cannot be separated. By studying Arabic not only will you learn all about Arabic script and the grammatical structures associated with the language, but you can enhance your proficiency about Arab culture and the religion of Islam.

So what are you waiting for? Start your Arabic lessons today! You could be speaking one of the world's most beautiful languages before you know it.