Who Doesn't Know About Charles Darwin? Quite possibly only the people in the most remote corners of the world would not recognise the name 'Darwin'. He is arguably the most famous biologist, zoologist and naturalist of all time.

Even if you're not a scientist, history major or a proponent of the theory of evolution, you surely know the name Charles Darwin and what he is famous for.

Darwin's theory of evolution explains the diversity of life on this planet of ours. Like the physicists throughout history and still today, struggle to find their Theory of Everything - a single theory that will explain all phenomena of the physical world, Charles Darwin presented us with the centring theory of life sciences.

Was Charles a brilliant man, hardworking and assured? Or is the opposite true - that he stumbled into natural science purely by accident? Was he just a bloke who didn't like a mystery and so, set out to solve the greatest natural mystery of all?

To understand the true magnitude of Darwin's work, we have to examine and analyse his life. Come with Superprof now; that's where we're heading. 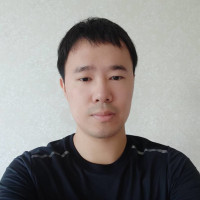 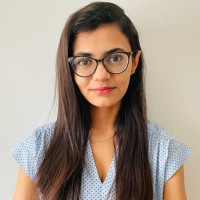 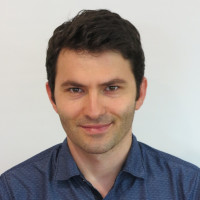 Much has been linked or attributed to this English naturalist; quite a lot of it incorrectly. Often, captains of industry and politicians took his words and/or observations out of context to advance their particular agenda. So, before we talk about Charles Darwin, his science and contributions to our understanding of natural selection, we need to clean the slate, as it were, of these ideas.

Check for a Biology teacher here.

Nowhere is the misappropriation of Darwin's evolutionary theories more obvious than in the concept of Social Darwinism. Essentially, this abomination of a theory entails applying biological aspects of natural selection to social and economic structures.

Briefly said: the economically strong have the capital to ensure their future gathering of wealth. The socially powerful will ensure that their views are widely supported if not adopted and the politically powerful will rule over the least powerful - the citizens. In short, those who believed in Social Darwinism were the ones who stood to benefit the most from it.

This 'theory' was - and still is dangerous. Even scarier: it's still practised today even if nobody mentions the theory by name. Racism, nationalism, imperialism, authoritarianism... even genocide of entire populations can trace their roots to Social Darwinism.

Charles Darwin was not the most unbiased of men - his views of women and races other than white were hardly generous. Still, that was decidedly not what he was aiming for.

Survival of the Fittest

Social Darwinism grew out of the belief that only the strong survive. Most people believe that our British biologist uttered that pronouncement and, like virtually everything else he declared, it was taken as gospel.

Darwin never said those words. The closest he came to expressing such an idea was a lengthy explanation that amounted to the phrase he does 'own': natural selection.

English biologist, sociologist and anthropologist Herbert Spencer coined the original phrase after reading On the Origin of the Species. Far from being repelled or offended, Darwin thought his critic expressed his idea far more elegantly than he himself did. And then, things took a bit of a dark turn...

Mr Spencer fancied himself an economist. In his fellow British scientist's work, he found a way to rationalise the superiority of his social and economic position, making it sound scientific that they should be well off while others suffered. It's just natural selection, after all, right?

Today, most people accept Darwin as the absolute authority on evolutionary theory. Indeed, most believe he pioneered the idea. Nothing could be further from the truth.

Like so many scientists from every discipline, Darwin's discoveries depended on the work of those biologists and naturalists who came before him - work he sometimes disregarded or overlooked. Such was the case with Gregor Mendel's theory of heredity. Had our most famous British naturalist known what that Czech abbot had discovered, his work may have been halved.

Other incorrect ideas about Charles Darwin include:

From the US's Scopes Monkey Trials to Galen of Pergamum, often thought of as the most accomplished medical researcher in all of Antiquity, the humans-from-apes theory has received its share of flack.

Galen dissected animals because it was forbidden to cut open dead people. However, he was disturbed by the seemingly human expressions on the faces of the monkeys he cut open; he soon stopped using those animals for any experiments.

Still, he never believed that humans are apes' descendants.

Darwin was born on the 12th of February 1809, in Shropshire, England. His father was a man of medicine with a secret penchant for free-thinking; he had his son baptised in a church outside of the religion his family practised.  Young Charles would accompany his dad on his medical rounds.

Presumably, Darwin Sr expected his son to follow him into the medical field; the boy was thus enrolled in the University of Edinburgh Medical School, considered at that time the top of the line in physiological and anatomical education.

Charles was not enthused. Surgery made him squeamish and the lectures bored him; often, he simply did not go to class. He joined the Plinian Society, a natural history debate group. While he enjoyed the heated exchange of ideas - often religious versus secular, it was the connection with Robert Grant, a British zoologist and anatomist that triggered his thirst for discovery.

Doctor Grant, as he later became, studied the lifecycle of marine molluscs. Charles could hardly contain his enthusiasm. He too made discoveries, which he eagerly presented to his Plinian colleagues.

Meanwhile, his father was growing ever more frustrated with him. Deciding on a career change for his son, he enrolled him at Cambridge University to train as an Anglican parson. Now it was Charles' turn to be up in arms; he had discovered his brain and his passion; he wanted to pursue it... to the ends of the earth, if necessary. So, he did...

But, before he could, he had to complete the education his dad was so keen for him to have. He attended classes at the university but they were more related to nature studies - even if they were filtered through the work of God. He stayed at university until June 1831, subverting his parent's will in any way possible.

Once, he went to Wales to map strata. What Anglican purpose could that have served?

When Charles returned home from his sojourn in Wales, he found a letter inviting him aboard the HMS Beagle as a 'gentleman' naturalist. Thus began his career as the world's most famous biologist, zoologist, naturalist and geologist.

Granted, he's less renowned for any contribution to geology and his notes on zoology were limited to observations of marine invertebrates.

This writer confesses to struggling in finding an angle for this article.

Charles Darwin is so famous that his exploits are taught at length in schools and at university. The internet is full of websites detailing his exploits and discoveries; likewise, there is plenty about the man himself.

It was a bit harder to find those things he was wrong about. So, in our quest to present fresh perspectives, let us complement your school education with a few obscure facts about Charles Darwin that may not be presented there.

Perhaps his biggest misstep was believing that heredity was random, that changes from parent to progeny served no useful purpose.

Here again, we bemoan the fact that he did not consider Mendel's experiments and conclusions before he drafted his. If he had had some knowledge about genes and how/why they express the way they do, he might have been more accurate in his conclusions.

For some reason, he considered natural selection the driver of evolution when, in fact, organisms evolve in response to their environment. That rather puts the kibosh on the whole 'fittest survival' interpretation of natural selection; what if a condition arises where even the fittest must fall? Here, you might think of the dinosaur extinction event...

Darwin's 'science' was limited to observation and conjecture. There was no maths involved and hardly any scientific methodology. In that sense, we can say that Darwin was truly a gentleman naturalist.

Because of his lack of mathematics in his research - his natural selection theories are based on an algorithm, Darwin believed that evolution is a gradual process, one that happens over time. In reality, evolution is a quick process when such evolutionary changes are necessary; only when things are not urgent does evolution play out over time.

There are other mistakes, of course, but none quite so shattering as these.

In one camp, you have Darwin sympathisers - the Neo-Darwinists who believe he was wrong simply because science wasn't advanced enough to give him the tools and knowledge to make himself right. In the other are those who believe that Darwin gets way more credit than he deserves. Tree of life, indeed!

As for progression, Aristotle's classification of living things is, for its time, more on-point than Darwin's diagram titled 'I think...'.

What Makes Charles Darwin so Fascinating

Charles Darwin is a fascinating figure. Or, to put it more bluntly, a mess of contradictions.

He was educated in medicine and received his Master's in Theology but worked as a naturalist and biologist. A deeply religious man, he nevertheless steered his studies away from the idea that God created everything. Instead, he postulated that God acted through the laws of nature, implying that God himself is constrained.

Notably, toward the end of his life, his belief in God became less encompassing; at times, he even confessed to a bit of doubt about any god.

Though plenty of intelligent minds influenced Darwin's thoughts, only Lamarck, who was a botanist and zoologist had anything to do with that area of scientific study. Others who influenced him include economist Thomas Malthus, mathematician George de Buffon, geologist Charles Lyell and, most remarkably, Georges Cuvier, a hyper-religious man who outright denied the possibility of evolution.

Strangely enough, he seemed not to have sought input or collaboration from other biologists. Gregor Mendel lived at the same time as Darwin did; his understanding of heredity could have advanced Darwin's understanding of how traits are passed on.

On the other hand, perhaps Charles felt that what happens with plants' DNA could not possibly happen in animals.

In many ways, it seems Charles Darwin was simply the right man in the right place at the right time. His position in society opened doors that allowed his ideas to be more readily accepted - even if they were strenuously denied when he first presented them.

Possibly, the social elites who applied his natural selection principle to their economic and political concerns gave Darwin's ideas more weight than they deserved.

Now discover what Hippocrates is mistakenly attributed with...