The Ins and Outs of Ladies Boxing VS Men's Boxing BlogHealth and FitnessBoxingHow is Women’s Boxing Different From Men’s Boxing?

"There's so many women that need to be inspired, encouraged to go after their dreams, their goals, their aspirations. Because we all have that champion within us. It really is about your mindset and having the tools that you need, surrounding yourself with the right people who have been able to achieve some of the things that you want to achieve." Laila Ali

Even more than gymnastics, fencing or other Olympic sports, boxing is the most complete of all the disciplines, whether you practise it in a tracksuit or with a kimono. But why, then, do we talk about women's boxing on one side, and men's boxing on the other?

Simply because there can be differences in the way it's practised, the techniques, and the objectives for these forms of boxing.

We're about to explain it all here! 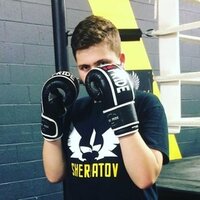 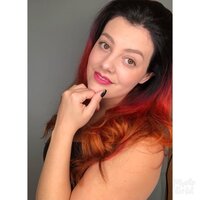 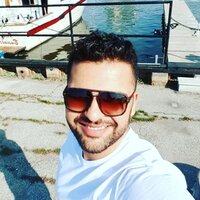 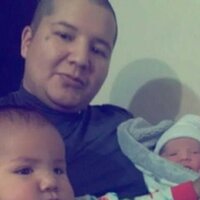 Originally, boxing is an ancient martial art, inspired by pankration and pugilism, which were centuries-old combat sports. Thus, from antiquity to the appearance of modern boxing, it was a discipline reserved for men, associated with physical preparation for war, or gladiator-type entertainment.

In the middle of the nineteenth century, boxing was classified as a combat sport and men's boxing made its first appearance at the Olympic Games in 1901. There are reports of women participating in boxing for almost as long as the sport has existed, however, many countries, including the UK, historically banned such participation.

It wasn't until 1996 that England Boxing lifted its outlaw on women's boxing and allowed females to learn to box and compete. In the journey for equal rights, the last biggest coup was with the inclusion of women's boxing in the Olympic games... in 2012!

So, if women's and men's boxing seem so different, it's because the origin and journey of both disciplines have taken distinctive paths. It used to be considered absolutely out of the question for the 'fairer sex' to practice such a 'violent and aggressive' activity.

Even today, some imagine boxing as a men's sport, where quick footwork is essential to survival in the ring, whether for:

However, with the increased democratization and feminization of boxing, female boxing has become more widespread and today about 40% of boxing clubs in the UK run classes specifically for women. According to a Sports England survey, every month there are about 150, 000 boxing participants and about a quarter of them are women. Some variations are more practised than others, especially by women, notably:

For men, the most popular disciplines are the most well-known:

Women's and men's boxing are distinctive because of the boxing techniques used, the reasons behind the desire to box, and, it must be said, the stereotypes behind each of the disciplines! Let's take a closer look at the specificities of men's and women's boxing.

I must admit to having never seen a mixed boxing class offered and I wondered why... but then quickly discovered: the mindset is often not the same!

Imagine if you will, a boxing ring, in which two men proudly stand, fists raised, ready to fight. Such as for the world championship battle between Mayweather and McGregor, which occurred a few months ago.

We see the world boxing champion face his challenger, and they have only three minutes to stand out and become true legends. In some men's boxing disciplines, the fight for victory could be considered to be what drives the participants.

With some types of men's boxing, unlike women's boxing, you find many options that appear to be testosterone fueled. This is the case for some disciplines in particular, such as:

The second distinction of men's boxing is the emphasis on bodybuilding and physical preparation.

These play a vital role before a fight. As the "worlds greatest boxer" Muhammad Ali once said:

"The fight is won or lost far away from witnesses - behind the lines, in the gym, and out there on the road, long before I dance under those lights." Muhammad Ali

In other words, the preparation is not only physical- to withstand and throw punches, but also psychological- to reach the top.

Finally, the last distinction of men's boxing: its high media coverage. On TV, we especially see the big men's winners covered in the media, despite the steps forward by great female boxers like Katie Taylor and Nicola Adams who both have won Olympic gold medals in boxing.

The practice of martial arts, however, is not restricted to men: more than strength or aggression, self-control, precision and will power are qualities much sought after for Taekwondo or French boxing.

The practice of women's boxing (unless if it is practised at a competitive level) can simply allow the participant to let off steam; it is not necessary to compete against others.

The first distinction of women's boxing can be the different focuses that are emphasized during training:

Be careful, this does not mean that all types of boxing are only for ladies or gentlemen. However, some forms of boxing have classes that keep a women-only enrollment policy (and this is the second distinction: disciplines specific to the female practice of boxing):

To get in shape or to build your confidence, there is nothing better! In general, women's boxing is farther from the goals of physical domination and knocking out one's opponent than we may find present in men's boxing.

Finally, the last distinction of women's boxing is you'll often find more focus on warm-ups and post-session stretching, which allows you to gain in flexibility.

Better yet, it can become a source of well-being: after having vented for a good while, a cold shower helps boost blood circulation. Therapeutic virtues!

No matter the type of boxing, the training aspect is extremely beneficial for the body, mind and spirit. It is a discipline of great competitors, male and female! Discover for yourself the benefits boxing can bring:

There are several types of boxing to practice, for both men and women:

Identical for men and women, boxing is a practice that requires equipment and materials:

You can buy these items for your home or find them all in a boxing gym or boxing school. There are many places to practise your passion, from all different angles:

Taking mixed boxing classes London is possible if you go to a boxing school, but it is unlikely that you will be put in the ring together unless it is for a self-defence class.

It is true that women's and men's boxing differ in their backgrounds, techniques, goals and practice.

However, there are aspects of the discipline that remain the same: boxing is ideal to discover health and well-being and victory can be achieved in many ways.

Taking a female or male boxing class near you is recommended in order to progress more quickly. However, if you cannot find classes or schools that meet your expectations, at Superprof, our teachers are more than ready to teach you the differences between different types of boxing, between women's and men's boxing, and to help instruct you in training courses tailored just for you and according to your goals!

So put on your boxing shoes, and let's go!