BlogLanguagesArabicWhat You Need To Know Before Learning Arabic in Canada

It’s always advisable to think long and hard before making tough decisions. Seeing the bigger picture and laying out all the possibilities can be beneficial especially when money and time are involved.

Such valuable resources shouldn’t be put to waste because sometimes, we don't get refunds for these. This is also most applicable to learning Arabic.

It’s one of the most challenging languages to master out there and a lot of people say it takes years to become familiar enough with the basics. Here, both time and money will be used quite extensively, so a sound and well-informed decision is necessary.

In this article, we’ll enumerate everything you need to know before you decide to learn Arabic in Canada. If you’ve already decided, then consider this a rehash of everything that convinced you to study this language.

From the reasons why you should study the language to the different tips experts have given freely, we’re pretty sure you’ll make a sound decision right after . 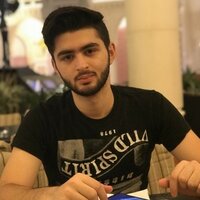 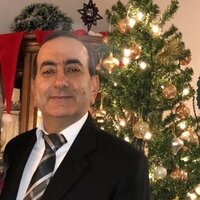 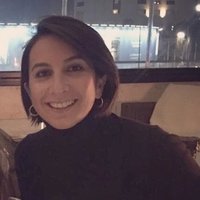 Why You Should Study Arabic

Of course we have to start with reasons because how else are you going to justify your decision? There are a lot of reasons why you should take Arabic lessons and it’s not just because it can be something you can be really proud of—remember that it’s a really challenging language to learn.

But for the sake of being practical, we’ll focus on the ones that will give you your money’s worth. We’re not saying that you shouldn’t Arabic for leisure; what we’re saying is that you can turn your new skill into something profitable.

Here are some reasons:

There’s a growing market in the Arab world simply because these countries are rich with resources. A lot of western investors are looking into venturing and partnering up with Arab countries which opens a lot of opportunities, to say the least.

Being able to speak in Arabic puts you at an advantage because not many employees have this lucrative skill. You can either have an opportunity to become a translator for your company’s higher-ups or you can be assigned to these countries, which means a higher pay grade.

Regardless of what path you’ll tread, it’s a sure way to earn more income as this is a unique skill only a few persevere to possess.

In Depth Understanding of the Arab Culture

It’s much easier to understand a culture once you’ve learned the language that its people use. There are just so many things that can't be translated without losing its actual meaning.

By knowing how to speak and understand Arabic, you’re able to have an in-depth understanding of the Arab culture through its words and stories. Consider this as a gateway into the culture where so many things are waiting to be discovered by non-Arab speakers.

You’ll also be a bridge to people who want to understand the culture but don’t know how to speak the language or communicate it.

As beautiful as the Arabic language is, it’s also a difficult language to study. One of the reasons that make it challenging is because it has a totally different alphabet that is in no way similar to what we currently use.

There are still other challenges that learners face, here’s a more detailed list:

A lot of language schools, even private tutors, tell their students to choose a dialect beforehand. This allows the student to focus on one dialect as they learn the basics and will most likely bring less confusion.

But once you’ve started to focus on a dialect, you’ll find that it has its own set of differences from other Arabic dialects. Sure, they are Arabic but each Arab country has its own colloquial terms and phrases.

In fact, you might be able to understand most written Arabic but have a hard time maintaining a casual conversation with someone who speaks a different dialect.

It’s not only the alphabet that’s quite different, it’s also how the words are pronounced. A lot of westerners struggle with adapting to the Arabic tones and pronunciations because their tongue is used to English pronunciations.

Moreover, having an accent is also a challenge since words are dependent on how you pronounce them.

The fastest way to master something is to continuously practice it, especially with languages. But it’s a common challenge for most learners in western countries because not many people speak this language.

The lack of practice contributes to a student’s slow progress in learning since he or she can’t necessarily apply what they’ve learned in practical and actual settings. Without such practice, it might take some time before one learns the language thoroughly.

The previous section may have scared you a bit to shy away from learning the language, but don’t worry! People who have started out as beginners themselves have given some tips for how you can learn Arabic efficiently.

However, we’d like to note that these tips may or may not work for you because after all, we all have different learning methods and preferences. So take them with a grain of salt and hope they work for you.

We’ve already mentioned this in the previous section, but it’s a key tip that the people before you suggest strongly. It’s beneficial to choose a dialect you want to focus on even at the beginning of your education.

This helps you have a direction for your learning and lessens the need to rehash or relearn a couple of things if you choose one later on. A reason behind this is as much as the Modern Standard Arabic (MSA) is being taught to students, it’s not really used in the Arab world.

The MSA is equivalent to Shakespeare’s sentence structures and that’s even weird for us to use nowadays, right? So make it easy on yourself and find a dialect you’re particularly interested in or something that’s going to be useful for you.

It’s essential that you learn common phrases because these give you an idea of how people actually converse. From the word placements to the tones of the phrases, you’ll most likely be able to survive your first casual conversation with a native Arab speaker.

Moreover, learning the common phrases also saves you the hassle of having to create sentences in your head in such a short amount of time. You might master this later on, but in your early days, it’s best to stick with what people usually use out in the streets.

Be Independent from Internet Direct Translations

Instead, try looking up some videos or some local websites that give you in-depth explanations of what the words mean according to how their culture uses it.

How to Learn Arabic in Canada

Now that we’ve discussed all reasons, challenges, and tips for you to learn Arabic, it’s time for you to look at your learning options. The country is filled with a lot of institutions and it’s highly doubtful you won’t be able to find a method you like.

Some universities and colleges offer short language courses on Arabic, while others provide an option for students to take up units in Arabic courses.

One option that you can explore is the University of Ottawa where they offer a minor course in Arabic language and Culture. This can be taken in addition to your undergraduate program. The minor course has several subjects on different levels of Arabic to help you improve your skills.

You can also explore the University of Toronto School of Continuing Studies where a course on Arabic Language Learning is offered. This course covers colloquial arabic and the Arabic alphabet to help you converse casually with native speakers.

There are thousands of language centres in the country but the most notable ones for Arabic are Hansa Language Centre and Arabica Learning Centre.

Hansa Language Centre offers over 300 classes each day, where students get to decide when they want to take up such classes. If you want that kind of freedom, enroll yourself in this centre.

If you want your kids to learn Arabic, explore the services of Arabica Learning Centre. Their teaching style accommodates children well since they tend to adjust their methods according to what suits their students best.

A third option that you can explore is private tutoring. Here, you get to learn Arabic in one-on-one sessions with your tutor. Your sessions will be personalized and you won’t have to worry about conflicting schedules since you can discuss that with your tutor.

The fastest way to find a tutor is through Superprof. This virtual platform connects you to hundreds of Arabic tutors all over the country. If you want to find someone near you, just simply type in your location.

Deciding to learn Arabic requires a lot of thinking since it’s going to cost you money and precious time . But this is a great investment as it can open a lot of doors and can be useful in the corporate world.

Sure, you’ll encounter challenges along the way but the tips we’ve mentioned above can help lighten the weight of these challenges. Once you’ve decided to pursue learning Arabic, browse through your learning options and find the best one for you.