What to do With a Theatre Full of Cats? One could say that musical theatre, in the 70s, was rudderless.

That’s not to say that there weren’t any good shows on; A Chorus Line was a smash hit and so was Grease.

Hair, the show that established the rock musical as a legitimate genre of musical theatre, was still running and The Best Little Whorehouse in Texas was still good for a few laughs.

Still, looking at an overview of the shows on Broadway and at London’s West End is rather telling of the lack of direction plaguing the playbill on either side of the ocean:

Learn about the best online singing lessons on superprof.

There were, of course, plenty of other shows staged during that decade but this short list suffices to illustrate our point: musical theatre was a jumble of genres.

The sure-bet composers were falling short of the mark and the old formulas were failing to make the grade – although, admittedly, Annie, with its lush sets and grand musical numbers, enjoyed a respectable run.

Still, audiences were tired of formulaic theatre. By the same token, they were not quite ready for a return to vaudeville, as the cool reception to the musical Chicago indicated.

Disco was dying and synthesised rock had not yet hit the airwaves; the music industry too was floundering.

And then, Andrew Lloyd Webber stepped in to fill the vacuum left by shows failing to meet theatregoers’ expectations.

In a decade absent of a distinct musical style – on the airwaves or in theatres, Mr Lloyd Webber did what most every other composer did: threw everything he had at the public in the hopes that something would stick.

Jesus Christ Superstar, a sung-through rock musical, proved satisfying for a segment of the population but was panned by religious groups.

Evita, with its songs also rocking every Opera house, was geared to the new generation of theatregoers. It garnered awards on both sides of the ocean but still did not prove to be the winning formula that would end the slump music theatre found itself in.

That didn’t come until his next big venture… 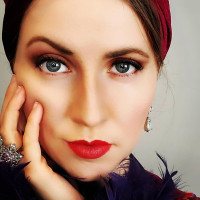 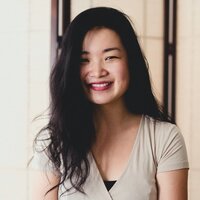 Behind the Scenes of Cats

Andrew Lloyd Webber, obviously well-read, often draws on classic works for inspiration: the Bible for Jesus Christ Superstar (and for Joseph and the Amazing Technicolor Dreamcoat, staged a few years earlier). That doesn't explain his involvement in Evita.

It was Tim Rice, his frequent collaborator, who introduced the idea of Evita. He was the one who had researched her in depth.

Lloyd Webber was initially turned off at the idea of writing tango music and frisky paso dobles for a subject he presumably knew little about. He focused his attention on the musical Jeeves instead, a show that proved to be a critical and commercial failure.

Evita, the show he turned to after Jeeves, was a hit, but nowhere near as big a hit as shows he writes based on literature he immerses himself into. In spite of that success, Andrew Lloyd Webber likely didn't feel as though he had hit his stride yet.

The idea to write a show about cats came to him after reading a collection of poems T.S. Eliot had written for his grandchildren.

Because of the nature of those rhymes, with repetitive lines and short-syllable words, they were relatively easy to set to music; in fact, most of the song lyrics in Cats come directly from Mr Eliot’s poems.

Still, how does one go from individual stanzas of poetry to a fully-fleshed stage show with an engaging narrative and stunning visuals?

It all started out as a songwriting exercise.

Andrew Lloyd Webber wanted to see if he could write music for already-existing lyrics – the poems. At that time, the idea of revolutionising musical theatre did not cross his mind.

Only after completing an entire set of songs-from-poetry did he start envisioning the possibility of a show he he tentatively called Practical Cats. He performed the songs publicly, gauging the audiences’ reactions.

Mr Eliot’s widow was in the audience; she held a portfolio of her husband’s previously unpublished poems in her lap. Among them was one titled Grizabella, the Glamour Cat.

That is the poem that finally allowed Mr Lloyd Webber to visualise his collection of songs as a fully fleshed-out musical fit for audiences worldwide.

Yes, that is the same Cameron Mackintosh that brought us Les Miserables!

The Cats Musical: a Synopsis

It’s night. The Jellicle cats gather and outline their purpose. Noticing they have a human audience, they show no fear in talking directly with them – a technique known as ‘breaking the fourth wall’ in theatre-speak.

The cats break that wall throughout the show, in effect making Cats an immersive experience.

Each of the cats introduces themselves and then make way for Victoria, the tribe’s most graceful cat, to execute her ballet, which serves as the opening of the Jellicle Ball, where Old Deuteronomy will select one lucky cat to ascend to the Heaviside Layer for a new life.

Just as Rum Tum Tugger’s song ends, a shabby old cat makes its way onstage, hoping for her chance to make her case for a new life. The other cats recoil in disgust at the formerly glamorous Grizabella. Dejected, she wanders offstage.

The parade of cats and their acts continues until a loud crash offstage is heard. All of the cats run away in fright but it is only Mungojerrie and Rumpleteazer, disreputable petty thieves even in stray cat circles!

When their act ends, they are confronted by all of the other cats. Needless to say, they are not the pride of the tribe!

The Jellicle Ball progresses but there is malevolence afoot; Old Deuteronomy is in danger and the whole programme is at risk of falling through. Through the fighting, the lights go out…

How will we know which cat is chosen to go to the Heaviside Layer?

Acclaim and Awards for Cats the Musical

Cats set out to fulfil lofty aims and attained every one.

Andrew Lloyd Webber’s tactic identifying each cat by matching its personality to a musical style was a stroke of genius.

Rum Tum Tugger treated us to a rock song but Grizabella, a sad, tired cat, held forth in a dramatic aria more reminiscent of classical opera. The disparate styles of music were crafted together through preludes, recurring melodic motifs and reprises.

If weaving together different genres of music was difficult, choreographing them was a magnum opus.

Indeed, Cats is regarded as one of the most challenging shows to dance in the history of musical theatre, going as it does from ballet to jazz to tap to modern dance.

The reason for this this vast dance repertoire is twofold.

It had long been thought that American musical theatre is more amenable to choreography; British dancers had somehow earned the reputation of being ‘less’ than those across the pond.

Hiring British choreographer Gillian Lynne - and her doing a scintillating job of things was tantamount to British musical theatre thumbing its nose at Broadway, its presumably more vivacious counterpart.

To make things even more taxing choreography-wise, most of the cats were meant to be on stage throughout the show even though not all of them would be dancing at the same time. That is a lot of bodies to coordinate movements for!

Ms Lynne choreographed the show in such a way that every cat would stay in character even if they were sitting off to the side.

Not only did she arrange for subtle movements at the stage’s peripheral but she encouraged the actors to mimic the movements of cats, grooming themselves or maybe chasing a dust ball, lending the show an anthropomorphic, slightly surreal feel.

The final element that made choreographing this show so tricky is that not every stage is the same size, nor do they all have the same amenities. To wit, in some theatres, the cat ascending to the Heaviside Layer rises via a ladder, in others a sort of flying saucer is employed.

Do you wonder how The Phantom of the Opera descending into the sewers is engineered?

Nevertheless, the show came together beautifully and, by the by, ushered in the era of the megamusical – musical theatre on the grandest scale.

Cats frolicked in the most renown houses: the New London Theatre and the Palladium. Across the pond, they dazzled audiences at the Winter Garden Theater, where it won seven Tony Awards, three Drama Desk Awards and even a Grammy Award for Best Cast Album.

Cats holds the #2 spot for longest-running show on Broadway.

Since it’s debut in London’s West End, Cats has travelled the world and been translated into multiple languages. In Japan, Cats has been playing continuously since 1983 in its own, purpose-built theatre.

It has also enjoyed revival after revival, effectively proving that cats do indeed have many lives.

If you’ve not yet had the pleasure of hearing for yourself one bedraggled cat named Grizabella sing Memory – and, of course, the rest of the Jellicle Cats sing their songs, why not see if you can find tickets for a production near you?

We guarantee you won’t be disappointed.