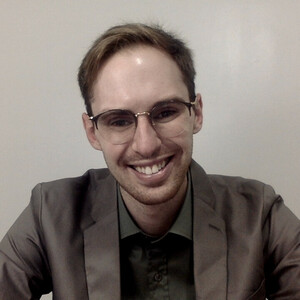 Learn to sing classical music the way it was originally performed in the 18th and 19th centuries whilst simultaneously improving your vocal technique.

In order for you to understand the roots of my vocal and teaching methodologies, I need to tell you a little bit about my own experience with learning how to sing:

I know how frustrating learning to sing can be; in fact, I was once in a dire vocal situation myself, wondering if I would ever be able to learn how to make healthy, beautiful sounds. My voice had deteriorated so much during my time at university that I was developing what my professors were describing as a "vocal wobble". It hurt to sing, and high notes were an eternal struggle. What's worse, every time I began to feel like I was making progress, I'd go to my voice teacher and he'd spend the ensuing hour putting my voice back into an uncomfortable place. I began to feel discouraged. Why couldn't there be a more natural way to sing?

In my frantic search for answers, I scoured 18th, 19th, and 20th Century treatises on singing and vocal anatomy. I listened to countless hours of operatic recordings dating from 1904 through to the present day. I sought out new teachers. And after years of hard work I began to mitigate the damage that had been inflicted upon my voice.

It seems to me that many voice teachers blindly parrot whatever their own teachers told them, regardless of whether or not they even understand what they're trying to achieve from their students. I promise never to ask you to do something that I personally don't understand or can't do. And if I don't know the answer to something, I will seek it out as best I can.

My tutorials are different from most because I place a strong emphasis on music history and interpretation rather than focusing solely on technique. During my independent studies, I found myself immersed into an older world of singing, one in which artistic interpretation triumphed over the score. One where range was not idolized but expected. One in which vocal flexibility and taste were the determinants of good singing. This older style of singing has been forgotten, but I believe that many of its tenets are still relevant today. I want to demystify the Bel Canto era for you. I will teach you how to sing with rhetorical performance, tempo rubato, portamento, and ornaments. I will tell you how composers such as Handel and Mozart expected that their music would be performed. And I can prove everything I tell you with concrete evidence. I want to equip you with the tools that you need to sing a piece of music not only the way that the composers would have envisioned it, but also the way that you personally think it ought to sound. These are techniques and truths that are oftentimes not taught in schools, though I believe they really should be.

If you want to explore music from a unique perspective that is rooted in historical fact, send me a message.

I have a Bachelor of Music in classical voice performance and composition from Queen's University in Canada and have performed in Toronto, Kingston Ontario, London Ontario, and Italy. I have also done plenty of self-directed study, reading old and new vocal methods, listening to countless hours of audio recordings, and learning about the role that the anatomy of the body plays in singing well.

Recommendations come from relatives, friends and acquaintances of the tutor Singing.

Refunds will be given only when the tutor has to cancel a lesson.