After high school, he began his career as a chef after attending and graduating from the Dubrulle Culinary Institute in Vancouver. He first worked at Le Crocodile and Cherry Stone Cove in Vancouver, which happened to be some of the most notable restaurants in Western Canada.

This outstanding chef has made several achievements in his career as a chef and is still doing so. His interest, hard work, skill, and determination are admirable.

In addition to working for top restaurants and chefs, being featured in notable film shows, and winning grande and coveted culinary prizes, he has established restaurants.

On the notable television show known as Iron Chef America, he was the first-ever Canadian to win after defeating Chef Masaharu Morimoto. He has also written some commendable cookbooks for their precision, vastness, and culinary creativity.

As an aspiring chef, hearing, communicating with, and reading about great chefs is not just a means of learning but also gaining life-changing inspiration. You can learn from their life examples, pick lessons, find answers, and get the motivation you need to become a celebrity chef as well.

Read about the achievements of other popular Canadian chefs.

At Superprof, we understand that relating with, reading about, and learning from great people, can change lives and make you great. If you live in Canada and hope to become a top chef someday, then you may want to read all there is to know about Rob Feenie! 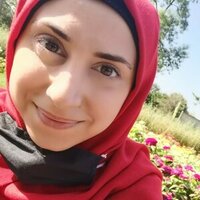 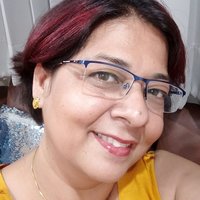 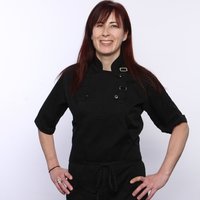 The Early Days of a Great Chef

Rob Feenie was born and raised in Burnaby, British Columbia, Canada, where he lived with his large Irish family. He developed an interest in food from a tender age, especially because of his mother's family.

Also, he had lovely Japanese neighbors from Osaka. He spent time watching his neighbors make their traditional Japanese dinners and joined in eating them as well. This fueled his curiosity and interest in international cuisines.

Growing up, Rob Feenie had a great interest in hockey, like every other typical Canadian child, and intended to be a hockey player when he grew up. However, this changed in high school when he discovered his love for and interest in cooking during a rotary club exchange program in Sweden, Northern Europe.

During this period, he traveled all through Europe, grooming his love for cooking and intensifying his taste and passion for food. It was a time that marked the beginning of a new phase that forever changed his life.

Following the overwhelming curiosity and interest, he attended the Art Institute of Vancouver, when he was 20. He enrolled in this institute after graduating from his high school at Burnaby Central.

Compare the achievements of Rob Feenie and Sarah Kramer.

On graduating from the Dubrulle Culinary Institute, he spent his early years as a chef at notable restaurants in Western Canada. He worked at the Rim Rock in Whistler. During this period, he continued to learn and improve his cooking skills. He also worked with not

able chefs who impacted his life positively. He trained under chef Emile Jung, chef Antoine Westermann, and other great chefs who helped fine-tune his cooking skills and impacted a great deal of knowledge and skills into him.

While working at Le Crocodile, he went on several educational travels, took on a series of work, and went through various training stages to become better.

After working at several restaurants and with different notable chefs, Rob Feenie opened his first restaurant in November 1995 at 29. It was called Lumiere Restaurant and was located in Vancouver. On the first day of opening, which was a Friday, they recorded 80 customers.

In 2004, he married his wife, Michelle Feenie, who is also thought to share a deep passion for cooking. They have been married for 17 years and presently have three children.

The Iron Chef and His Commendable Culinary Career

During his high school's Rotary club exchange program in Sweden, Europe, his cooking interest was ignited and continued to increase from then on.

On graduating from the Culinary Institute, He began working as a deputy chef at the Cherrystone Cove and Le Crocodile in Vancouver and The RimRock Café and Oyster Bar in Whistler, British Columbia.

While working at Le Crocodile, Rob Feenie worked his way up through stages in the United States and France.

See how Jamie Kennedy achieved more with less in his career.

While working at Le Crocodile, he worked with Chef Emile Jung at Michelin three-star-rated restaurant in Alsace - Au Crocodile. He also worked with Antoine Westermann at Buerehiesel, Jean-Georges Vongerichten, and Daniel Boulud in New York, and Charlie Trotter in Chicago.

It also gained recognition from the Mobil Travel Guide with four stars and eventually received the AAA Five Diamond Award. In 2003, Chef Feenie opened the Lumière Tasting Bar at the doorstep of Lumière, and it was awarded the best new restaurant surpassing other Canadian restaurants.

Although he founded these restaurants, he was also the co-owner and worked as the Executive Chef in both. In 2007, the unexpected happened, chef Feenie fell out with his business partners and left Lumière and Feenie's for good.

On February 5, 2008, Feenie began working as a food concept architect at Cactus Club Cafe. In February 2009, Chef Rob Feenie was the first to be awarded the "Hokanson Chef in Residence'' at NAIT.

He also worked as a chef-consultant at Le Regence in the Hotel Plaza Athenee. In celebration of Canada in July 2004, chef Feenie was invited to the infamous James Beard House by the Canadian Consulate.

He has recently competed on Food Network Canada, on the show Iron Chef Canada, and won two different times.

In 2018, he featured and is still featuring on the TV show Iron Chef Canada with four other iron chefs - Amanda Cohen, Lynn Crawford, Susur Lee, and Hugh Acheson. In 2020, he also featured as the main judge in "Walls of Chef."

It also contains some of Feenie's bistro recipes which are simple but well-thought-out and delightfully tasteful.

Lumière Light contains more than 90 of Lumière's famous dishes. These recipes are given with commentaries and tips by chef Feenie to make the recipes better. This cookbook is written on mostly comfort food, with an exceptional sense of humor.

Some popularly enjoyed and recommended recipes are beef-dip sandwiches with short ribs fillings cooked in wine and port. It also contains salads, soups, and mouth-watering desserts like the India spice ice cream and chocolate fondant containing Honey Tangerine Marmalade. It also has numerous versions of cocktail recipes, old and new.

His culinary prowess, skills, and knowledge have been reflected in his achievements over and over again. He has succeeded as a chef and a chef consultant, food architect, restaurateur, and author.

Whether you intend to become a celebrity chef or you want to improve your culinary skills for personal use and reasons, you can always find a suitable tutor on Superprof. The first step to becoming as great and good as Chef Rob Feenie is interest, determination, and hard work.

With the right amount of interest and love for food and cooking, learning how to engage your creative side to please the taste buds will be easier. Rob Feenie could get this far; you can also if you want to.

Wherever you are in Canada, you can begin your journey as a chef today!

Do you also know about Lynn Crawford? Read about her journey as a chef here.