Teaching French as a Foreign Language Around 2 and 2.5 million French citizens live outside of France and a lot of them are teaching French as a foreign language. This just goes to show that there’s a market for those who’d like to teach French to students in primary school, secondary school, college, or university.

French language classes are mainly for those in primary school and secondary. However, these aren’t the only options. A French teacher can teach immigrants, refugees, children, teenagers, or adults.

So what exactly does a French as a foreign language teacher do?

In this article, we're going to look at teaching French as a foreign language, what a French teacher needs to do, the qualities you need to teach effectively, the training you'll need, the different types of French teachers, and who you'll teach. 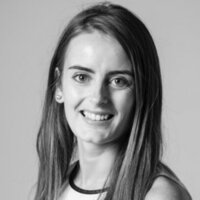 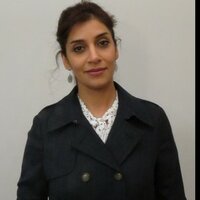 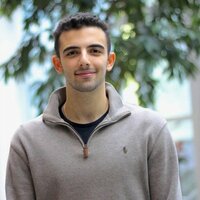 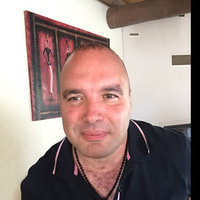 Teaching French as a Foreign Language

As a teacher of French, you’ll be teaching those who don’t speak French as their first language.

Learning French as a foreign language occurs after the student has already learnt a language. In Mali, for example, French is a second language and it’s used by part of the population.

French as a foreign language is more akin to your typical foreign language classes at school. Students can learn it like they would learn Spanish, German, Italian, etc. French is taught in a different way to the native language.

When you’re teaching French as a foreign language, you can teach it anywhere in the world where people want to learn the language. There are certain constraints to teaching students in a language they don’t speak natively and you’ll need to adapt your teaching approaches.

A French teacher needs to adapt to each lesson and each student as they can even find themselves in classes where the students are of different ages.

What Does a French Teacher Do?

If you want to teach French as a foreign language abroad, you may need to work in the private sector. A degree in French doesn’t necessarily mean you can teach French in primary or secondary schools. This is because you don’t have any teaching qualifications.

You can teach French as a foreign language outside of schools in language academies or private lessons. The main goal of a French teacher is to teach those who don’t speak French how to speak it.

The Role of a French Teacher

A French teacher has different goals:

What Qualities Do You Need to Teach French as a Foreign Language?

Two of the most important qualities for any teacher are pedagogy and patience.

You need to love teaching more than anything else you do. Learning a new language takes time and empathy is essential.

Students can get frustrated and may struggle to understand certain concepts. The teacher is there to encourage and reassure the student, showing them how to continue and not lose confidence.

A French teacher needs to listen to their students and understand their difficulties. Flexibility is key when it comes to ensuring that no student falls behind. Of course, a French teacher needs to master the French language. They’re not expected to know everything about the language but they should be constantly learning about the language so that they can answer questions about it.

Finally, the French teacher needs to know what learning a foreign language is like and what the students are going through.

What Training Do You Need to Become a French Teacher?

To become a French teacher, it’s recommended that you study French through GCSE and A Level.

After your A Levels, you can then move onto a French degree. You can study French on its own, alongside other foreign languages, or with other disciplines such as business or tourism. Then it’s recommended that you get a postgraduate degree in teaching (usually a PGCE).

You can always change careers if you want and retrain as a teacher. There’s also distance learning.

During your studies, you can learn how to teach French as a foreign language and adapt your lessons to the students.

If you’re already abroad and want to learn how to teach French as a foreign language, you can always opt to do the DAEFLE, a qualification recognised by the Alliance Française.

Finally, if you want to become a French teacher in a primary school or a secondary school, you’ll need to check the requirement for your particular country.

The Different Types of French Teacher

There are many different ways to teach French as a foreign language. You can teach French at universities to foreign students, teach immigrants moving to a French-speaking country, or even offer lessons to associations or private companies. Teachers can also be employed abroad in cultural centres or language centres.

As a French teacher, you may be in a precarious position. The best way to make sure you have job security is ensuring you have the appropriate qualifications. You could teach abroad in a public primary school, secondary school, college, or university.

Your pay will depend on where you teach and the levels you teach. It should be noted that some places have limited contract times. Make sure you check the paperwork required by the country, too.

Who Are the Students?

Now you know more about teaching French as a foreign language, go for it!

If you need more help with your French, you should consider getting help from one of the private tutors on Superprof. You can find tutors teaching a variety of subjects and skills.

There are three main types of tutorials available and each has its advantages and disadvantages depending on your learning objectives and budget: face-to-face private tutorials, online tutorials, and group tutorials.

Face-to-face tutorials involve one student and one tutor. This allows students to benefit from tutorials that are tailored to them as a student and what they want to learn. Of course, this type of bespoke service comes at a cost. However, these are also the most cost-effective tutorials since your tutor will be focused on you every minute of your tutorial.

Online tutorials also have the advantage of being one student and one tutor. That said, your tutor won't be there in the room with you as they'll be teaching you over the internet with the use of a webcam and software such as Skype. Without travel costs and time, online tutors can charge less per hour as they have fewer outgoings.

Group tutorials tend to be the cheapest per hour as the cost of the tutor's time is shared amongst all the students in the class. If you and a few friends are interested in getting private tutorials, group tutorials could be a cheap way to do it. However, you won't get all the one-on-one time you can expect from the other two types of tutorials.

With many tutors on Superprof offering free tutoring for the first hour, you can always see whether you get along and also work out the finer details of how you'd like to learn.

You could even become a French private tutor yourself.