Discovering The Benefits of Living in France BlogFrenchThe Many Benefits of Living in France

Have you just had another massive snowstorm and don't relish the thought of having to dig out from under the mounds of snow in the driveway?  Perhaps you're recalling your last holiday in the South of France, where the weather was perfect along with the sun and sea of the French Riviera.

Did you know that in the Cote D'Azur region the sun shines an average of 300 days of the year and the climate in that region is always balmy?  Then it's perfectly understandable...  How you'd love to live there!

However, moving to another country is not a decision to be taken lightly, despite the obvious allures!  Starting a new life abroad, especially with children in tow, requires deep thought and careful consideration regarding all aspects of the human experience.

Where in France would you live? In the countryside of  Normandy or a city, like Marseilles – France's third-largest metropolis, or perhaps in the City of lights and the fashion capital of Paris ?

Unless you are retired or independently wealthy,  finding work abroad in France should be your prime consideration, and will determine where you will eventually relocate and settle.

Will you have school-aged children who will need schooling? France's education system needs to be researched to determine your best options.

Will you have elderly family members moving with you? Or do you have a serious health issue that needs close monitoring. In any case, the healthcare system in your new home country might be of great importance to you.

And of course there's the language variable,  being an expatriate in a country where the currency is different and media broadcasts primarily in another language that you may not  have grown up speaking, could be challenging.

It's a different experience as a tourist in a foreign country, but adopting to their daily way of life?

Take heart, Canadians! After reading these benefits of living in France, you may find that relocating is doable after all! 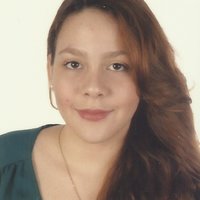 According to Statistics Canada, there are approximately 2.8 million Canadian expats living throughout the world.

In fact, last year in 2019 approximately 51,687 Canadians emigrated from Canada. But Immigration is still considerably higher than emigration in Canada.

Yes, the Canadian Diaspora  does exist nevertheless despite the relatively lower numbers.   According to recent statistics,  approximately 9% of Canadians live outside of Canada.

Why would Canadians choose to expatriate to another country?

If you survey Canadian citizens living in different countries, you would find a variety of different reasons:

That last may well prove true for those who relocate in France!

All Things France Has to Offer

Setting Up Your Home in France

As a foreigner hoping to relocate to France, perhaps your first concern would be finding a place to live.

Would you want to rent, or buy a property right immediately?

The answer to that question may lie in where you choose to start your new life.

Do you dream of a house set in the vast, green expanse of the Loire valley, or would you prefer an apartment in the French city of your choice?   If you already have a job in France,  you would want to live within reasonable commuting distance from work!

As a Canadian citizen, it is entirely possible for you to shop the French property market.

All you have to do, once you've found your dream home, is follow the guidelines for buying it!

One of the most attractive features of working in France is its 35 hour work week!

However,  the shorter work week does not necessarily mean less work; plenty of expats in France find that their schedule and workload is much more demanding!

But as an entrepreneur in this highly dynamic environment,  with limitless opportunities to grow your business, you could hardly go wrong in France.

An Ernst &Young report lists France as one of the cheaper and less complicated countries to set up a new enterprise in.

But you must still meet all of the necessary State criteria – valid residency and work permits, necessary qualifications or certifications for that business and proper education credentials and diplomas.

French banks are required to offer financial assistance to any new business to encourage start ups.

Furthermore, the government scheme NACRE offers interest-free small business loans and advice for anyone just starting out, on any subject from taxation to paying social charges.

Learning While in France

If you have children relocating with you to France, you may have concerns about how and they will adapt to the French language especially if French is not their native language.  Rest assured that immersion is the very best way for them to pick up language skills quickly.

You might also find a French tutor through Superprof to get your tykes to speak French faster.

What about your educational needs?

In order to work in France, you must be properly educated and certified by the French government to operate in that field.

For instance, you may need to enrol and complete a period of study, be you work as an architect or freelance photographer.

France has plenty of top-rated universities, there are numerous options and subjects to decide on!

Find out about useful French phrases which will come in handy after you relocate.

According to this Wall Street Journal article, France is highly open to innovation.

In large part due to it's excellent infrastructure,  its superbly maintained motorways, fast trains, and airports with fewer restrictions than any other European country, and efficient communications networks.

Imagine the ease of travelling to southern France on a high speed train, or to London on the Eurostar within hours!

Its long  and picturesque coastal regions,  is not only attractive for lounging on one of its beautiful beaches, but provides plenty of harbours accessible for  international shipping and receiving of cargo, mainly the ports of Marseilles in the south,  Le Havre and Calais, in the North West of France.

All of France's telephone lines are already capable of broadband Internet access.

France is considered advanced, as far as technology is concerned.

Concerning France's infrastructure – from transportation to telecommunication, it is one criterion you can be confident in if France becomes your new country!

The French healthcare system is considered to be one of the best in the world.

The French maintain their healthcare system very well, despite rising health care costs due to it's ageing population.

In planning your relocation and life in France, consider that you must budget for social fees.

Furthermore, remember that there will be a deduction for health care tax in your wages. If you are self-employed, you may be required to pay slightly higher social charges,to offset any healthcare costs you and your family may incur.

If you are considering retiring in France or anywhere abroad,  pay particular attention to geriatric health insurance options.

To be fully covered, you must invest in expat health insurance to enjoy medical benefits in France.

There will be many things to consider once you're in France, like a new job and establishing your local bank accounts.

It's exciting to start life anew in another country, but there is still the element of integration.

Although you may eagerly anticipate your move, you will still suffer a measure of culture shock!

One way to help in the transition is to get the advice of those expats who have already experienced it.  Expats can help you in settling in a new country, consider joining an expat forum, while still in Canada.

Meetups can be arranged once you've moved,  with other English speaking people where you live. Friendships are formed, and you may even plan to travel together, form important support networks that will help empower  your new life abroad.

Why not Take that leap of faith! Plan well to arrive in France soon! Whether your primary motivation is work, travel, or a desire to experience French life  –  finding a  job is your first step to that dream. The rewards of becoming an expat in France and living that dream is limitless!

International relocation might be the life for you! If so, you might want to brush up on your French language skills; searching for a French course in France produces the most results on Superprof , there are a lot of choices if you're willing to learn French online.