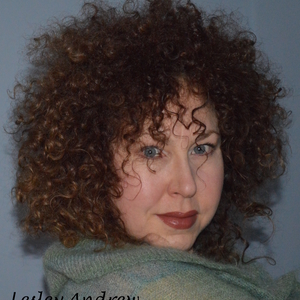 Teaching is my passion. I feel it is my responsibility as a pedagogue to impart the knowledge, skills and information needed for students to pursue and accomplish goals, while leading each student to feel comfortable, safe and confident in the learning setting. My philosophy of pedagogy is student-oriented, centered on imparting practical and academic knowledge to meet the needs of the individual student, and to provide a safe and healthy environment to facilitate such teaching and learning.

In order to create an environment most appropriate for learning, it is essential that the pedagogue be professional at all times. Promptness at each lesson, attention to appropriate attire, and an organized teaching space all allow the student to feel comfortable and valued, in turn fostering self-confidence in the student.

Teaching must be clear, accessible and applicable. As each student is an individual with specific learning needs and goals, the teacher must be adept at adopting different styles of pedagogy in order to suit these unique situations. Students must be encouraged to be risk takers, but must be taught how to take risks wisely. As a pedagogue, I must anticipate possible questions and problem areas, and approach each lesson with empathy. Effective pedagogy will not only teach what, but how and why.

While it is important to build on strengths, it is equally important to address weaker areas of learning in consideration of the specific needs of the student. Students should leave the studio and classroom feeling successful about their achievements, yet understanding where work may yet need to be done. Students must learn not only the concrete skills they will need in order to accomplish their goals, but they must also learn to trust their instincts and to be self-motivated and self-directed.

In the classroom setting, it is essential that students learn how to support one another. No matter what their goal, students should learn how to work collaboratively and respectfully with their colleagues.

As a pedagogue, it is my responsibility to help students gain the ability to think critically and creatively, and to learn how to communicate effectively. It is my goal to have students in my charge feel passionate about what they do, and to help them achieve success.

Lesley has made soloist appearances with many of Canada’s finest orchestras and choirs, including the Vancouver, Windsor, Kitchener-Waterloo, Kingston, Hamilton, Guelph symphony orchestras, Weston Silver Band, Toronto Concert Band, Kitchener-Waterloo Chamber Orchestra, Brott Summer Music Festival, Stratford Summer Music, and the Shenandoah Bach Festival (VA, USA). Lesley’s recordings have often been heard on CBC Radio. Known for her extraordinary vocal range and versatility in many genres of music, Lesley often ‘switches hats’, performing as the soprano soloist for one engagement and as the alto soloist for the next – from opera to show tunes, oratorio to jazz.

Immediately following the completion of her undergraduate degree, Lesley began an extended tenure with the Stratford Festival, performing in productions including The Mikado, The Pirates of Penzance, Twelfth Night, Cyrano De Bergerac, Alice Through the Looking Glass, The Music Man and Patience. Other theatrical performances include Menotti’s ‘The Telephone’ and Hopkin’s ‘Three’s Company’ at the Guelph Spring Festival (featuring and directed by Lesley.) Most recently, Lesley directed ‘La Boheme’ (Southern Ontario Lyric Opera), receiving rave reviews as “SOLO’s best production yet!” for her creative direction and use of space.

Lesley has completed a number of major concert and recital tours, including Argentina (2005) England/Austria/Germany (1989/1990 – Canadian Concert & Jazz Band), the 1999 World Tour aboard the QE II, two USA tours (2002/2003-California/Arizona/Florida/Texas) and a Canadian tour with her jazz trio (2004-Vancouver/Manitoba/Ontario).

A recipient of many awards, including a Canadian Opera Company Scholarship, and the Maureen Forrester Guthrie Award (The Stratford Festival), Lesley now adjudicates and conducts masterclasses at festivals, universities and schools of music & drama around the world (voice – classical, Broadway and pop, choral music and speech arts classes.) Having moved from Stratford, Ontario (where she was twice nominated as ‘Citizen of the Year), Lesley now runs her thriving voice and drama studio - Dream in Progress Productions – in both London (where she now resides) and at the University of Windsor, where she currently teaches. As a director, Lesley is much in demand in the genres of musical theatre and opera. Lesley’s intensive theatre and music program for youth, ‘Summer Glee’, is now in it’s twenty-fifth year, with more programs offered each summer in communities across Ontario, in order to accommodate growing enrollment.

Discography
*‘Love … Look Away’ – A stylistic mixture of opera, jazz and musical theatre.
*‘Dream A Little Dream’ - A collection of lullabies ranging in style from classical to jazz, contemporary to traditional.
*‘Celebrating Rogers – Hammerstein & Hart’ – The music of Richard Rogers.

Recommendations come from relatives, friends and acquaintances of the teacher

Other Singing teachers in London