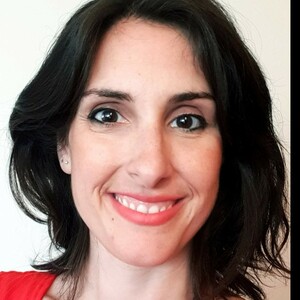 I'm a passionate Spanish Language Teacher, with a clear castilian accent, originally from Italy but living in Montreal. ¡Encantada!

Ilaria is one of our best tutors. High-quality profile and excellent qualifications, organised and responsive to lesson requests, appreciated by their students!

The first step to learn a new language is to understand how the language works. - For beginners, I definitely stat from the logic of the Spanish language: basic grammar, communicative functions and Spanish civilization. - For intermediate levels, I work on the use of the acquired competences, adding more vocabulary and including more aspects of the Spanish culture and habits; - For advanced students, I work on their fluency and the use of multiple language registers (formal/informal/slang). I fluently speak English, French and Italian, and I have also studied Portuguese and Russian. Knowing foreign languages is definitely a strategic competence, as this helps me work on improving my students' pronunciation of the Italian words. As I teach kids, teenagers and adults, my lessons include not only activities to learn how to communicate in Spanish, but also focus on particular aspects of the Spanish culture (habits, traditions, evolution of the language, dialects, trendy topics, society, etc...), through multiple supports: videos, stories, role-play situations, news, podcasts, paintings, virtual tours and other digital tools.

I'm a passionate Spanish Language Teacher, originally from the beautiful Amalfi Coast, living in Montreal. I have a Degree in Languages and Communications, and I have worked in both fields for over a decade. I have lived in Spain, France, Australia and Ireland before moving to Canada, where I teach Italian and Spanish to kids, teenagers and adults.

Recommendations come from relatives, friends and acquaintances of the tutor Spanish.