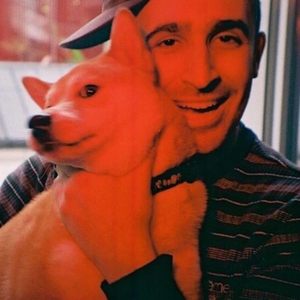 Sebastien profile and its contact details have been verified by our team.

Swiss OCAD Student offering French lessons to students or people who want to learn the language in a casual way!

I am currently a student at OCAD, but was born and raised in the French speaking part of Switzerland in the city of Geneva (where some of Mary Shelley's Frankenstein takes place). I graduated from a Swiss High School and pursued Philosophy and Film Studies at a BA level. I have worked for French to English film translations. I was also a tutor for Elementary students so they could learn English early

My teaching methods consist in immersing students within the culture. That means rather than being completely text based, I would love to share some famous French music, films, artists. Perhaps rather than focusing on very "old school" text books, it would be interesting to learn some spoken French. Teach what is essential for a French conversation or when you go traveling to French speaking countries or cities!

Other French teachers in Toronto

Swiss OCAD Student offering French lessons to students or people who want to learn the language in a casual way!

Sebastien profile and its contact details have been verified by our team.

This first lesson offered with Sebastien will allow you to get to know each other and clearly specify your needs for your next lessons.