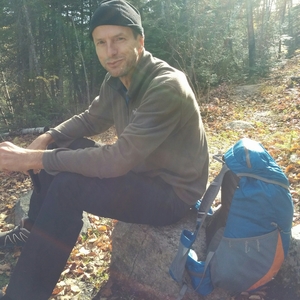 Erik profile and its contact details have been verified by our team.

Phd Physics, MSc Chemistry and 25 years of IT experience ready to share his knowledge on-line in English or Dutch.

My choice for chemistry was motivated by my interest in explosives ... then it turned out that chemistry did not help me enough to understand nature (and I also became a bit more mature) and got more interested in mathematics and physics. After my Phd in physics I worked at the university for a couple of years and as part of my work I supervised exercise classes for students. The first personal computers became available when I was a chemistry student and I almost failed a bunch of exams because computers were more interesting. This interest remained so after my post-doc work I became officially and professionally involved with computers and have written machine code and used object oriented languages, cracked software and managed projects and project managers. Now it is time to share this knowledge!

In a training setting, when I get questions, I first try to figure out the 'why' of the question. Is the student missing information because the theory was not understood or studied effectively. Is it a matter of skill or experience in the case of solving for instance a mathematical problem. The 'why' answer determines the next steps in the training. For the student it is important to learn how they can produce an answer by themselves instead of hearing from the instructor what the answer is.

The first lesson will start with mutual introductions and an explanation by the student which topics need clarifying. We will make a plan how this is going to be approached and determine a corresponding rate.

Other Math teachers in Edmonton

Phd Physics, MSc Chemistry and 25 years of IT experience ready to share his knowledge on-line in English or Dutch.

Erik profile and its contact details have been verified by our team.

The free first lesson allows you to get to know your tutor and to decide whether they meet your needs.